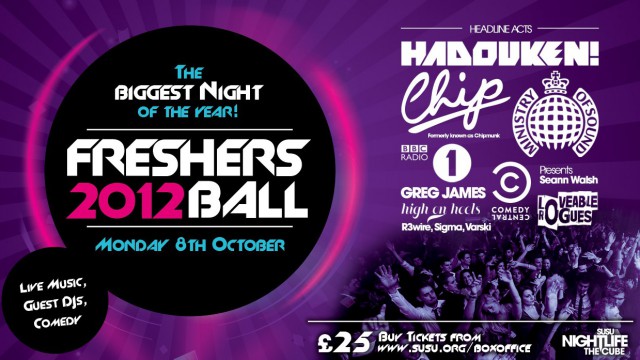 But that’s not all – we’ve also got band The Loveable Rogues, girl group High on Heels as well as live stand-up from Comedy Central and comedian Seann Walsh!

Freshers’ Ball 2012 is going to be one of the biggest yet, entirely taking over The Union Southampton and the West Ref.

Don’t forget to let everyone know you’re going to be there over on Facebook.