Student Talent to be showcased at Graduation Ball 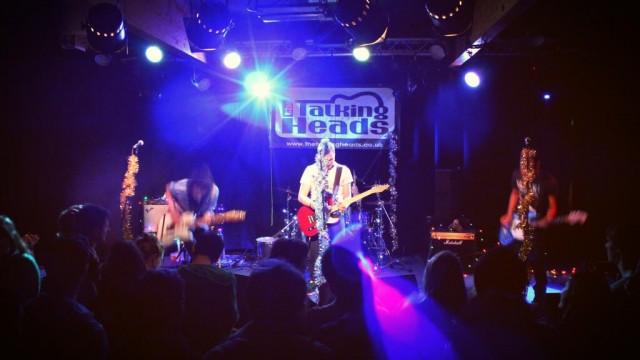 At the end of last week we were very pleased to complete our Graduation Ball 2013 line-up with the addition of some of the amazing student talent from the University of Southampton.

Student band Triassic and students from our very own DJSoc will provide support in The Bar Quarter at Oceana on Monday 10th June, sharing the stage with popstar and X Factor 2011 contestant Amelia Lily and massive UK producer DJ Fresh.

Triassic are growing their fan base in Southampton, after securing first place in a Southampton vs Portsmouth battle of the bands contest against over 40 other groups. Their prize was a session to record an EP, which launched at local venue The Talking Heads in December 2012 and has now sold over 200 copies.

The band said: “As well as our first and second year fans, the majority of our 600 fans are third year students at the University from which we have received a truly humbling amount of support, as such we feel that we owe them a fantastic final show before we go our separate ways, and could not think of a better place to do this than at their Graduation Ball.”

Students from DJSoc will also playing sets in The Bar Quarter – check out this set recorded last month at Orange Rooms or take a look at their Facebook group.

Tickets for Graduation Ball are on sale now to all University of Southampton students, who can each buy up to four tickets, and are available online from www.susu.org/boxoffice or in person from The Box Office at Reception (Building 40).

You can also buy tickets for a special Graduation Ball Pre-Party in The Bridge, which includes a delicious three course meal, a glass of bubbly and free transport to Oceana for just £15. For details of the evening’s menu, take a look at the Graduation Ball Facebook Event.