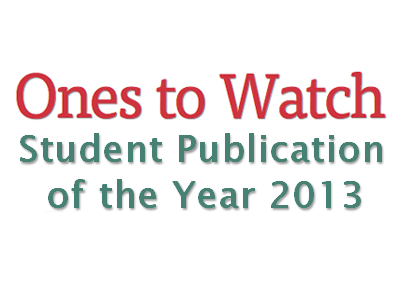 The University of Southampton’s student magazine the Wessex Scene has been nominated for this year’s Ones to Watch Student Publication of the Year Award. The Award goes to a publication who have ”constantly hit high standards of journalism” and is chosen by a combination of public votes and a decision by an expert panel.

Editor Sam Everard said: ”It’s a huge honour for all of our writers, our editorial teams for this year, and for myself and Ellie Sellwood, who did such a great job in the role until I took over a few months ago. Voting only takes a few seconds and we’re really counting on your help to reach the final three!”

Ones to Watch is a nationally recognised website which features a monthly roundup of the best student journalism and publications, with the Wessex Scene being commended back in May for the dedication of its writers during exam season. In the past, it’s also had a wide range of articles featured, including tips on how to survive the library and opinion pieces on politics and equality, as well as praising the Wessex Scene for being one of the first to comment on the BBC’s alleged use of LSE students to gain access to North Korea.

The University of Nottingham’s Impact magazine became the first publication to win the award last year, and you can vote for the Wessex Scene here.

Elsewhere, SUSU’s other Media departments are busy preparing for the start of a new academic year:

– Surge Radio are currently working on a new website and broadcast software. Their studios are undergoing renovation with new start-of-the-art equipment being installed in time for new DJs joining in September.

– So far this summer, The Edge have already covered Blissfields, Redfest, the Secret Garden Party, and Glastonbury. Their writers will be at Bestival, V Festival, and Reading too!

– SUSUtv‘s plans for Freshers’ Week are well underway, where they’ll be at the Bunfight and  broadcasting live at several points during the week.