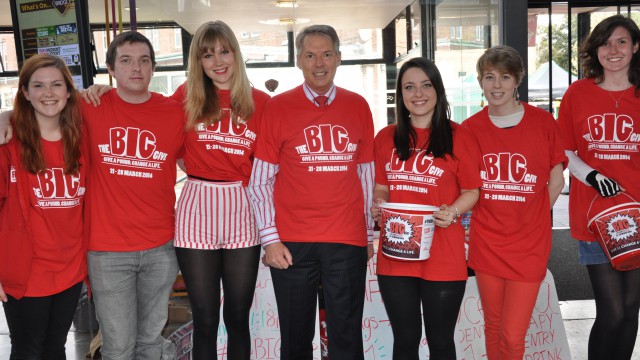 SUSU RAG has raised over £5000 for charity with their Big Give campaign – a week long charity drive to make it as easy as possible to donate money.

The campaign ran with the slogan “Give a pound, change a life” and urged students and staff to donate money to the charitable causes which the department supports.

RAG, which stands for Raise and Give, is a student-led fundraising organisation, which raises money for three charities which are nominated each academic year. This year the charities being supported are Wessex Heartbeat which helps to improve cardiac care in Southampton, Motor Neurone Disease Association which supports people with the disease and promotes global research, and the humanitarian-aid organisation Médecins Sans Frontières.

Running from 21st to 28th March, more than 40 students and staff gave up their time for the campaign, shaking buckets around the university to collect spare change and running a series of fundraising events. Just one of the events which took place was RAG Against The Machine, a comedy night in The Annex Theatre featuring student comedians from ComedySoc. Other fundraisers throughout the week included a karaoke night, a cake decorating session, a zumbathon, a Take Me Out night, nail painting, a roller disco, and several cake sales.

RAG Officer Alice Gray was thrilled with the total, saying “I am so so happy with the really impressive total we have managed to raise over the past week. The rubbish weather hasn’t made it easy but we had a brilliant group of volunteers and everyone has been incredibly generous.”

Images from the events across the campaign can be viewed on SUSU RAG’s Facebook page.