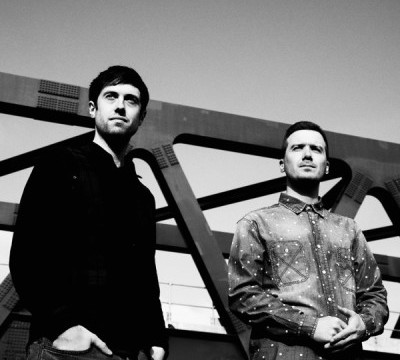 The electronic music duo rose to fame with their single ‘Ready For Your Love’ earlier this year, which features up and coming solo artist MNEK. Racking up plenty of radio support, this single shot up the charts, reaching number four, and to date has sold over 300,000 copies. Since then, the two North London producers, Kye ‘Foamo Gibbon and Matt ‘RackNRuin’ Robson-Scott, have been back in the studio working on more house tracks to act as summer soundtracks.

They recently premiered their brand new single ‘Here For You’, featuring Laura Welsh, on Zane Lowe’s (Also appearing at the Grad Ball!) BBC Radio 1 show. The track will be released on 16 June, the week following Grad Ball, so it is sure to be one of the night’s highlights when it is played.

Signed to independent London-based label Black Butter Records alongside acts such as Rudimental and Kidnap Kid, the pair have previously worked with Clean Bandit, and produced Klaxons’ recent single ‘There Is No Other Time’. The busy boys have also just returned from supporting Rudimental on tour in Australia and selected shows in the US.

Their music is some of the most exciting to be coming out of the UK at the moment, and their collaborations with other innovative acts adds to the hype surrounding this talented dance outfit. The energetic and euphoric qualities to their music means that Gorgon City’s performance at the Graduation Ball is sure to go down a storm.

Tickets to the Graduation Ball went off sale in March, but students searching for a ticket can register their interest here.