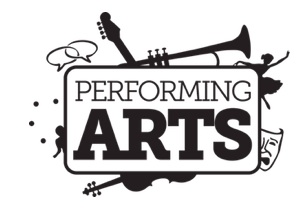 The Edinburgh Festival Fringe is renowned as the world’s largest arts festival, with weeks of theatre, music, comedy and more being performed across the city, in a range of venues, all day.

This year, a group of University of Southampton students are taking up two theatrical shows, a gender-swapped version of Oscar Wilde’s ‘The Importance of Being Earnest’, and Stephen Belber’s ‘Tape’.

Paying for the performance space alone is setting them back by over £3000, and there are additional costs for set, costume, transport and accommodation. The students are operating under the name of ‘Gone Rogue’, a brand set up by SUSU Performing Arts, for PA members who desire to tour performances.

Gone Rogue performers can hail from any of SUSU PA’s societies, but this year, both shows are made up of a range of SUSU Theatre Group members. President Sally White donned the festival “one of the most exciting things” on offer for society members, describing the festival as a “world of theatre where everyone is as enthused and excited about it [theatre] as they are”. She finished by saying, “I’m so proud of the ‘Tape’ and ‘Earnest’ teams as they work hard to raise the money to go and wish them the best of luck, I know it’s going to be an amazing summer for them!”

Although the shows’ production teams and casts face a daunting total cost, they have been working hard to raise money to cover the venue and show production costs, with transport and accommodation being funded individually. So far there have been bake sales on the concourse and in SUSU.

The teams have also organised a screening of The Rocky Horror Picture Show in The Nuffield Theatre at 7pm this Saturday for a suggested donation of £2 with refreshments provided. There will also be another bake sale on the concourse this Wednesday, from 11am until 4pm.

The production teams have found themselves with a great deal of responsibility, but have risen to the task.

Director Luke Nicholls says “It’s been incredibly time-consuming, stressful and heavy going, but I know that once I see my show on stage at the largest international arts festival in the world, it will all have been worth it. The cast are an absolute joy to work with, and we’re looking forward to building on the success of last year. It’s going to be an incredible summer.”