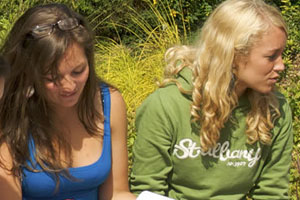 SUSU has teamed up with the University of Southampton and educational crowdfunding experts Hubbub to launch a crowdfunding platform.

Students, staff members and groups can now use the platform as a way to gather financial support for projects and activities. It is hoped that the initiative will encourage a more enriched experience for those in Southampton, with the fundraising method making it easier to gain backing for projects.

Crowdfunding has grown in popularity in the last few years as a digital collection of funds from a wider community of backers to support a project. Social networking is generally used to encourage people to pledge money towards the campaign, which is then donated to the project once the minimum amount required for the project is reached.

Proof that it is a viable way to create funds was demonstrated last year, when students from SUSU Theatre Group and Showstoppers used crowdfunding as a way to financially support a show which they were taking to the Edinburgh Fringe. Their campaign saw them raise over £500 and enabled them to take their original play Hanging Bruce-Howard to the festival.

Anyone who wishes to start their own project on the platform needs to fill out an application form and submit it to crowdfunding@soton.ac.uk. Applications should be submitted before the last Friday of each month. Applicants should then expect to hear back about the success of their application within two weeks. If approved, fundraising can then begin.

See examples of crowdfunding projects on the University of Southampton Hubbub platform.