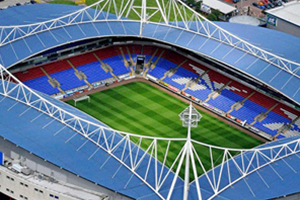 The coming week sees the new team of Sabbatical Officers take up their roles – but their first task will take them off campus, up to SU14 in Bolton.

SU14 is an annual conference run for all the Sabbatical Officers in the country, giving them a chance to network and form ideas, as well as tackle something as a team before they settle into their individual roles back in the Sabb Office in SUSU. The Conference will be held this year at the Bolton Wanderers Football Stadium, and will feature guest speakers from the NUS to impart wisdom upon the country’s incoming Sabbs.

Our team can look forward to a busy two-day programme, including workshops and flash sessions, which will be rounded off by the NUS Awards reception and gala dinner at the end of the conference.

When we spoke to the team about what they were looking forward to, almost all of them mentioned the conference – David Mendoza Wolfson (incoming President) explained that SU14 “will be a fantastic bonding opportunity that will also give the team a clearer grasp of the opportunities for the year ahead,” with Megan Downing (incoming VP Democracy and Creative Industries) adding that she’s “preparing [herself] to absorb as much useful information about Students’ Unions as possible to stand [her] in good stead for the coming year.”