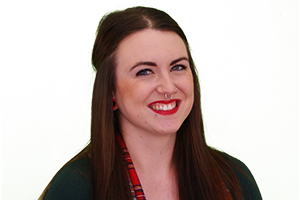 … blowing in the wind, wanting to start again? I can’t say I do actually. Plastic bags have no direction or drive in life; they’re just useful for dumping all of your stuff in. I wouldn’t consider myself in any way, shape or form, like a plastic bag.

2. What animal would you be happy to never encounter?

One of those weird fish that live in the deep depths of the ocean. Like the one on Finding Nemo with the big teeth and little light bulb coming off its head. Anything like that, I would happily never want to encounter.

3. Where in the world do you most want to travel but have never been?

I would love to go to Hawaii. Being a surfer, it’s a dream of mine to go over there and experience the amazing beaches they have. Also, because it just seems like an actual paradise right here on earth.

4. What happened in your last dream?

Right. This one is the most heartbreaking thing to ever wake up from. So, it was this year’s Grad Ball in my dream, and I was having a great night. The one and only Ryan Gosling was also in attendance and, to my absolute delight he asked me to go home with him. However, I had a moral dilemma. In my dream I was still with my boyfriend, so had to weigh up the pros and cons of going home with Gos. I (blatantly) made the right decision, and decided to go home with Gosling and deal with the repercussions at another time (c’mon, guys, it’s Gosling!) However, my conscience must have slipped through into my unconscious dream state and it woke me up before I could carry out my well thought out decision. Never have I felt so devastated by waking up.

5. What was your favourite TV show as a child?

I used to love Rosie and Jim. However, watching it back now I find it so unbelievably creepy that I don’t understand how I wasn’t petrified as a child. Hey Arnold was also a personal favourite, but my brother used to tease me and call me Helga, even though I had nothing that even resembled that dreadful monobrow of hers.

6. What were you involved with while you were studying at University to make you want to take on the role of VP DCI?

In my first year of uni I decided to start writing about live music for The Edge. I had a revelation that I should use my love for live music in a more productive way. Even though at times I was the biggest fan-girl on the planet, it helped me mould my ambition to be a music journalist. Through being involved with The Edge as a writer, then becoming Live Editor and then Editor in my final year of study, I have seen it from all aspects which encouraged my participation with the other student media departments. The student media are a bit part of the VP DCI role so I thought that my experience and passion in this area would benefit the role and make me the best candidate for the job. On the flip side, I used to voluntarily attend Union Council in my first and second year (don’t judge me) just because I loved the union so much and wanted to know what went on in the highest decision making body. Also, elections have always been a time of year that fill me with joy so having the opportunity to run the elections is something that really appealed to me when thinking of running for VP DCI.

7. How are you finding the job so far?

I am absolutely loving my job so far. I’ve been out of the office for a lot of it on various training days and on annual leave, but now I’m here and working on all my exciting projects, I’m really enjoying it. The new team are fabulous, and everyone has a great work ethic which I really value in a working environment.

8. What’s your main aim for the year?

Ooh. That’s a tricky one as I have loads and loads of smaller milestones that I want to achieve in these twelve months as VP DCI. But if I had to choose one larger goal that I am working towards it is focusing on the personal development of our members. Underneath this would include thorough training (for example, Creative Industries Induction Week will be the start of this), a focus on employability across the year (Creative Industries Careers Season will be a part of this) and getting students to realise the benefit of their involvement with student groups through various sessions and implementations throughout the year.

9. Has planning for the 2015 elections started yet?

Haha. Yes it has! There are lots of exciting changes and discussions going on at the moment about how we can move forward with making SUSU’s 2015 elections bigger and better. Watch this space!

10. If you could pick a musician or band, alive or dead, to perform at SUSU, who would you choose?

One word. Queen. Imagine Freddie Mercury and co. rocking The Cube. It would be beyond words.