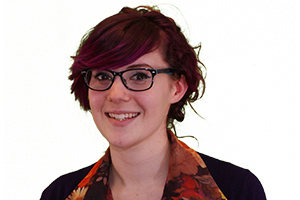 The next sabbatical officer to take on our grueling set of questions to get to know them a little bit better is VP Welfare Beckie Thomas. Now in her second year in the role, Beckie talked to us about what drew her to the role, her plans for the next 12 months, and her love (perhaps that’s a strong word to use…) or Eurovision losers, Scooch!

1. If you could go back in time, what year would you travel to and why?

1950 because I loved the music, the fashion, and there was no dependence on technology!

2. What was the first album you ever bought?

Scooch- it was a present from my sister!

3. Have you ever been in a newspaper?

Yes, on A-level results day, and for Girlguiding.

4. If you were a superhero, what would your power be?

5. Where’s your favourite place in Southampton?

6. What drew you towards the VP Welfare role?

The chance to make a difference to students, to work on welfare & sustainability campaigns, and to represent students in the decisions the University make.

7. As your second year in the role, is there anything you think you will do differently?

Not break my spine and miss months of work! But seriously, I’ll approach everything in a more effective way as I know how to get stuff done now!

8. If you had to choose your top priority for your planned work at SUSU over the next 12 months, what would it be?

My priorities for next year will cover such a wide range of areas, the one I’m certain of right now is focusing on ending mental health stigma by carrying out the time-to-change action plan I created last year!

9. What are you most looking forward to this year?

10. If you could choose someone, dead or alive, to speak at SUSU about welfare issues, who would you pick?

Probably Emma Watson- people would actually show up to listen to her, and she’s the new Goodwill Ambassador for UN Women, representing the HeForShe campaign