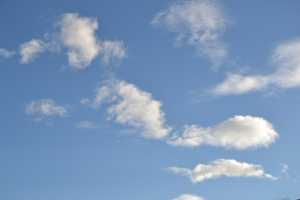 While the best way to get into the load of Freshers’ events SUSU have planned this year is without a doubt with a Masterpass, there are plenty of events that you won’t need a pass or any cash to get into. Here’s a rundown of our picks: Top Five Free Freshers’ Events for 2014.

A great chance for Winchester Freshers to get to know each other and their surroundings. The hunt kicks off at midday when teams will be given a print out of all the locations they have to… well, locate. The first team to return with photos of themselves at the most locations will be crowned the winners! Prizes include a customised Winchester Monopoly Board and £50 cash.

Pretty much does what it says on the tin – at some point on each day of this week, something totally random will happen in or outside Building 42. Last year’s escapades included a giant pillow fight! For updates and insider info, give us a follow on @YourSusu.

Free cake and coffee for new postgraduate students – a nice way to ease into a long day! This is a great opportunity to find out about the Post-Grad network at SUSU. These times are exclusively during Freshers’ week – the event will continue as normal every Thursday from 10am to 12 midday from the 2nd of October.

One of the biggest perks of SUSU is access to the UnionFilms cinema, where you can see blockbusters just weeks after they’re released for just a few pounds. The UnionFilms volunteer team are kicking off what’s sure to be another great season of cinema with two free screenings – Bad Neighbours, starring Zac Efron, and Seth Rogen at 5pm, followed by The Amazing Spiderman 2, starring Andrew Garfield and Emma Stone at 8pm.

It’s cinema galore as later in the week there’ll also be a Movie Night held at the Bridge. The film is still to be announced, but we can tell you that the bar will be open and selling popcorn as well as the usual selection of drinks, and Masterpass holders will be entitled to popcorn for free!