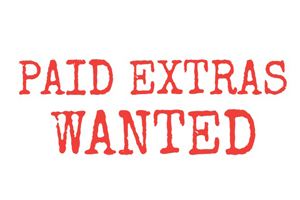 Ever fancied seeing yourself on the big screen?  And want to be paid good money for it?  Now is your chance!

2020 Casting are coming to SUSU looking for extras to work on a MAJOR HOLLYWOOD FEATURE FILM, shooting in the Southampton area from early November 2014.

What’s more you be paid over £100 a day for your efforts!

If you are interested and could potentially be free for several days filming in November, come along.

Please try and arrive by 12pm when someone from production will be there to explain a bit more about the project.

2020 Casting are one of the country’s leading background artistes agencies, having supplied extras for films such as World War Z, The Dark Knight Rises, Harry Potter, Sherlock Holmes, The Invisible Woman and Star Wars Episode I.