Students Changing the World for the Better 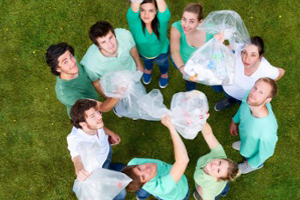 The Guardian is launching a new series focussing on the positive contributions students make to society. Fed up of the way in which students are portrayed, confined to a narrow and unflattering set of stereotypes, Abby Young-Powell of The Guardian has decided to launch a new series showcasing the more realistic, politically engaged side of the national student body.

If you have done, or know of students who have done, anything that positively contributes to the wider world, including (but not limited to) entrepreneurship; sustainability awareness; student volunteering and community work; student feminism; or engaging in politics; the new series wants to hear from you about it.

SUSU groups such as BEES, FemSoc and RAG are all example of student groups the series aims to bring attention to, groups whose aim is to change the world for the better.

A new poll by the NUS suggests that nearly two thirds of students would vote tomorrow if an election was held. With students getting involved at record levels with political activism, the old stereotypes of students consistently drinking to excess and disrupting their local communities will be scrutinised in the new series.

Any students who are changing the world for the better can email abby.young-powell@theguardian.com or tweet @gdnstudents.