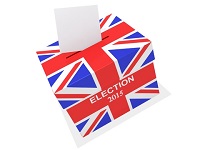 The General Election is swiftly approaching and in order to make it as much of a simple process as possible for you Southampton students, we wanted to let you know about the key milestones in the next few weeks which you need to know about to ensure your vote counts on May 7.

First of all, it’s vital you register to vote. Voter registration closes on April 20, so you need to make sure you have put your name down before then in order to have your say in both the General and Local Council Elections. To register, click here. Additionally, April 21 is the deadline for receiving applications for a new postal vote and postal proxy applications, so get it sorted as soon as possible to avoid disappointment.

Following these broadcasts, there will also be the chance to hear from local politicians in a series of debates featuring candidates from your local constituency (See below for more details!).

Then finally, May 7 is the big day. From 7am until 10pm, you can cast your vote! …And remember to check which polling station you are registered to vote at by looking at your polling card as it is not always the one physically closest to your house.

Students have been branded the apathetic generation. It’s time to show that we have a voice and more than that, we have lives and roles in society that matter, and it’s time we made Parliament take us seriously – which will only happen if we’re seen voting.

The following debates take place between when voter registration closes (April 20th) and voting day (May 7th). These debates will give you a chance to grill and question parliamentary candidates to make sure you’re voting for the candidate you most align your beliefs to.

You will be voting in 1 of 4 constituencies based on where you live:
Southampton Test, Southampton Itchen, Romsey and Southampton North, or Winchester. (See the map posted below to find out which is yours and therefore which debate you should attend)

Confirm your attendance by visiting this link –
https://www.eventbrite.co.uk/e/romsey-and-southampton-north-general-election-debate-tickets-16396531467

Confirm your attendance by visiting this link –
https://www.eventbrite.co.uk/e/winchester-general-election-debate-tickets-16396767172

7th May – General Election results night – 22:00 – all night – SUSU will be showing live coverage of the General Election 2015 results from 10 pm and throughout the night in The Bridge at SUSU​ The bar will be open all night with food available.