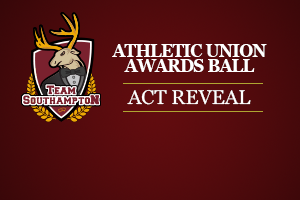 With all the excitement surrounding this years’ Grad Ball lineup, we’ve got some more exciting news as we have just secured the headline act for the AU Ball.

Award winning DJ and Hip Hop artist Charlie Sloth will be headlining the bash at St Mary’s stadium on the May 1. He was selected after we asked students what acts they’d like to see perform, and Charlie came top of the list!

Charlie Sloth started his career as a member of both Hype Squad and the Grimey Limeys, and in 2007 he started to release his own records, producing, recording and writing original material and recording and editing his own videos. All this work, combined with Charlie’s quick humour and unique lyrical style, meant his videos started to receive a large audience. These videos culminated in the weekly online show – Being Charlie Sloth – that featured comedy skits, hidden camera pranks, documentary reportage and guest stars. This show was an overnight hit, being picked up by World Star Hip Hop where it received millions of hits per week. Sloth now presents the drive time show on BBC Radio 1Xtra (their most listened to show of the week) and the hip-hop show on BBC Radio 1. There’s no doubt that Sloth is going straight to the top and is going to take the UK underground phenomenon to a global stage, so make sure you catch him at AU Ball!

Basshunter was the next act down on the list, and sadly he was unable to perform at AU Ball due to circumstances beyond our control. BUT we saw that students were keen to have him appear so instead we booked him for this years’ Grad Ball on June 8!

AU Ball 2015 is set to be the best yet, with tickets selling out in under 2 hours.