The Big Give is Back 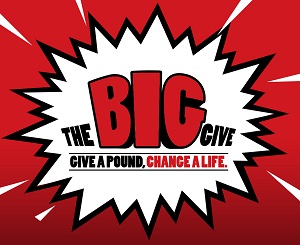 Imagine if everybody at the university just gave £1 to RAG. They’d make over twenty THOUSAND pounds! From the April 27 to May 3 RAG are attempting to make this dream a reality with The Big Give. All money raised will go to this year’s charities: Solent Mind, Teenage Cancer Trust and WaterAid.

Throughout the week there are tonnes of exciting events, including Strictly Zumba, a Karaoke Takeover, the Campus Street Party and of course, everybody’s favourite: Take Me Out. Another huge event during the Big Give period is Southampton Lost, which is new for this year. This features groups of students getting dropped 99 miles from SUSU with no money, and the aim is to get back to Southampton in 12 hours! For the full list of events make sure you check out the official Big Give Facebook event: https://www.facebook.com/events/524734041001316/

Current RAG officer Jenny Bortoluzzi explained the Big Give, saying: “The Big Give started 2 years ago when we decided that RAG week needed a rebrand, and the first two years have been brilliant, raising over £6,000 in a week. It’s a great way for RAG to engage with as many students and groups as possible with new volunteers starting as champions and societies taking part or organising events. It has a fantastic reach and allows us to not only raise incredible amounts of money but also awareness of the causes and what RAG does. This year we’ve aimed bigger and better and have a wide range of events in store, from a Colour run to the classic Take Me Out, Strictly come Zumba to Lost 99!”

If you’d like to be more involved in The Big Give and help RAG with their fundraising make sure you go along to their meeting on April 21 in Room 3001, Building 34 and you can find out how to become a Big Give Champion! You don’t have to have been involved with RAG before to get involved, just be keen to raise some money for charity.