Graduation Ball – Party through the Ages 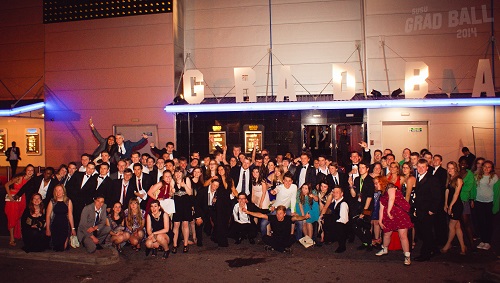 Each year the dedicated team from Events here at SUSU scour the globe in search of an eclectic mix of acts. Trying to please everyone is a tricky business so whether it’s BBC Radio One DJs, Comedy Central Comedians or some of our home grown talent, there is guaranteed to be something for everyone!

The most important aspect of a Graduation Ball isn’t just about the music, it’s all about your chance to celebrate all that you and your friends have accomplished since arriving in Southampton as fresh-faced Freshers! In 3 short years you have taken on all that has been thrown at you, deadlines, dissertations, difficult decisions and dubious drinks deals!

So please join us as we take a look at the past couple of years worth of celebration of the outstanding achievement of finishing your degree! Consider it a #ThrowbackThursday.

Annie Mac took to the decks, Chesney Hawkes reminded us that he really is the One & Only and Chris Stark returned to Southampton to show us what he’s learnt since graduating.

MTV were on hand to get the party started with a little help from Southampton’s very own Triassic! Oh and Pendulum popped by to share in the love of partying!

This was the year that saw the Mariachi’s entertain the masses (and a subsequent increase in Dorito consumption) as well as the likes of Gorgon City and Lawson taking to the stage.

Three years later and #SUSUGradBall shines the light into the next chapter. Big love to everyone x pic.twitter.com/GDzb5mlOt0

I just can't get over the fun, it is too much #SUSUGradBall #thirdyear #bestmoments #bestfriends

What will this year’s #SUSUGradBall have in store for you then? Labrinth and B*Witched are ready to take the stage as well as a whole host of tribute acts! Head here for more details!