BBC Radio 1’s Scott Mills’ show comes to the Students’ Union and they need YOU! 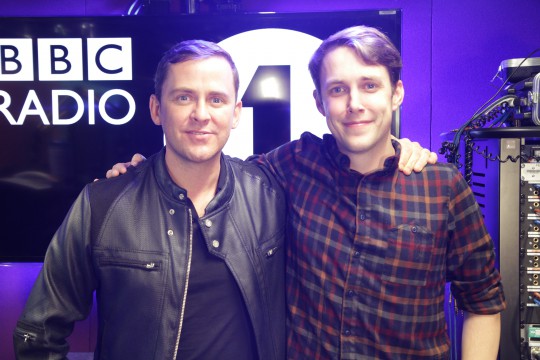 BBC Radio 1 DJs Scott Mills and University of Southampton alumni Chris Stark have confirmed a visit to the Students’ Union on Friday 9th October to wrap up their student tour across five UK universities.

The tour, which will also visit Stirling, Liverpool, Shropshire and Aberystwyth, will be broadcast live every day from Monday 5th – Friday 9th October from 1-4pm during Scott’s regular radio show slot.

The exciting news, confirmed by a news article on the BBC Radio 1 website, will follow up the recent involvement that Chris Stark has had with our Freshers’ Welcome parties. Stark DJ’d at all three Welcome Party club nights that were organised to welcome new students to University.

The DJs aim to use the show to immerse themselves in student life during Freshers’ and to do that, they will need YOU! They’ve got loads of silly ideas of things to do while they’re here, but if you fancy some nonsense and to potentially get involved in the show, email scott.mills@bbc.co.uk

According to Radio 1, “The pair will be taking their LOL features, including Innuendo Bingo, on the road with them, while Radio 1 Breakfast Show host Nick Grimshaw will be taking to the wet seat in Liverpool – his former university city. Each broadcast will feature an audience of local students and will be available to watch on TV via the Red Button. Viewers can also watch on their mobile or online through the Radio 1 website, and can catch highlights on BBC iPlayer.

Scott says: “I am so excited to be taking the show on the road and spending the week with people that absolutely love Radio 1 – the students of the UK.”

Chris says: “This is going to be a LOT of fun. I can’t wait to show Scott everything that university is about. Radio 1 was the soundtrack to my time at uni so I can’t wait to go back.”

Dates and Locations of Scott Mills’ Student Tour are: