10 apps that every student needs… 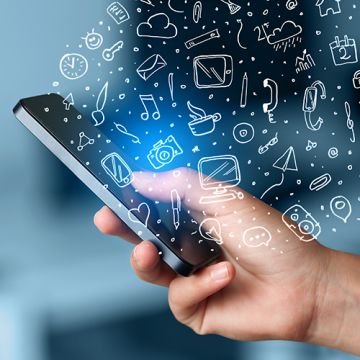 There’s an app for everything these days; with so much choice it can be tricky to work out which ones will actually make your life easier rather than just using up valuable space on your phone otherwise reserved for “hilarious” photos of your most recent clubbing-in-a-costume antics.
Here are a few we’ve tried and tested to save you the trouble:

MySouthampton (Free) – Android/IOS/Blackberry/Browser
The MySouthampton app is your one-stop-shop for University of Southampton essentials, such as your personalised timetable, library information, currently empty PCs and workstations, campus maps, and a few other bits and pieces.

Microsoft Outlook (Free) – Android/IOS/Windows Phone
Synchronise to your University email account and save yourself a lot of grief (and walking) by never missing a lecture cancellation email ever again.

Dropbox (Free/Paid for extra storage) – Android/IOS/Blackberry/Windows Phone
By keeping your lecture notes, revision and assignments in the cloud, you’ll have access to them anywhere with an internet connection. This also helps you avoid finding yourself at the mercy of a lost memory stick.

Headspace (Free trial/Paid subscription) – Android/IOS
Time and again, meditation has proven itself to be more than just a battle not to fall asleep in a seated position. This app takes you through everything one step at a time; if deadlines and exams are making you a little anxious, the free trial alone should help you find some peace.

Kindle (Free) – Android/IOS/Blackberry/Windows Phone
Many course texts are now available (and considerably cheaper, or even free) in an electronic format, meaning you can now lug an entire library of them around in your pocket. Plus, the app allows you to make annotations that will sync across every device you own, so no more losing your notes! What’s not to like about that arrangement?

UniDays (Free) – Android/IOS/Browser
Cheap/free stuff just for being you; do we really need to say more?

Skype (Free/Paid for calls to phones) – Android/IOS/Blackberry/Windows Phone
Coming to University is a bit like moving to an entirely different planet; once in a while it’s nice to get back in touch with mission control and find out how the cat’s doing. Texts are fine, a phone call is great, but nothing quite compares to seeing Whiskers traipse across the keyboard while your family tries to get a word in edgeways.

TED (Free) – Android/IOS/Windows Phone
TED exists to fill that weird space between being too tired to study yet too switched on to vegetate in front of Netflix. Expand your horizons and have your mind blown on the go with unlimited access to literally thousands of fascinating TED Talks, covering everything from efficient shoelace-tying technique, to innovative projects that are saving the world.

Keep (Free) – Android/IOS
Handles all of your notes, reminders and to-do lists so you’re not trying to keep track of errant post-its. Practically every smartphone and tablet comes with a similar app baked right into the device, but Keep synchronises your stuff giving you access to it anywhere you need.

Yik Yak (Free) – Android/IOS
Get a weird, wonderful, surreal and often hilarious idea of what anonymous strangers within a 5-mile radius are thinking about. This app was clearly designed with students in mind; trust us, it won’t disappoint.