It’s Black Friday, but what does it all mean? 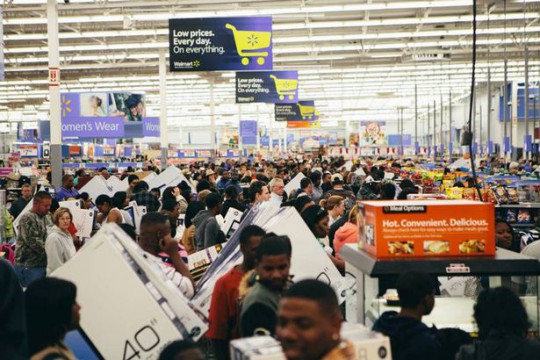 As we reach the last Friday of November, we also reach the day known as Black Friday, where companies and shops will be going all out to give customers the best deals in order to attract business.

Originating in America in the 2000s as a celebration for the day after Thanksgiving, it made its way to the UK in recent years as a way of celebrating the beginning of Christmas shopping. Not everyone is a fan of Black Friday, with some saying it causes violence and trouble, but others enjoy the cheaper prices of items and say that it helps the economy, with millions of pounds being spent on this one day alone.

Whether you support the day or not, each year it brings some great deals out. Amazon is going all out this year to celebrate Black Friday, and has been having a ‘Black Week’ with good deals all throughout this week, but the best deals are still to come today. As well as Amazon, many clothes retailers such as River Island and Next are having Black Friday promotions, both online and in store, which is perfect as these shops are also in West Quay, so you could get a bargain as you’re shopping in town.

If you want to get the best deals, you’ll have to be among the first people there, so have a browse of any shops or retailers of interest to you, and note when they will be starting their best sales – many started as soon as it hit midnight in previous years!