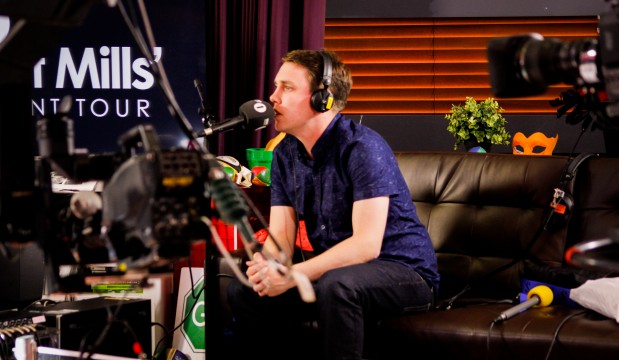 Where are they now?

We have thousands of amazing students, and some of them have gone on to become household names. Here is what some of our alumni have ended up doing…

Chris Stark
The Radio 1 presenter known for his cringe-inducing interviews with celebs began his radio career here at Southampton where he presented on Surge Radio. After graduating with a degree in Politics in 2008, he’s now become a regular on the Scott Mills show and is renowned for THAT interview with Mila Kunis. Scott Mills was also involved in Surge Radio, even though he was never a student at the university!

John Inverdale
John Inverdale is known for presenting on BBC, and even presented the 2012 Olympics! He graduated from Southampton in 1979 and was editor of Wessex News (which is what is now the Wessex Scene)

Brian Eno
The legendary record producer, who’s known for his work with U2 and Coldplay, attended Winchester School of Art graduating in 1969. He was also a member of Roxy Music from 1971-1973 but quit the band after disagreements with lead singer Bryan Ferry.

Jon Sopel
Jon was chief political correspondent for BBC News 24, a presenter on The Politics Show on BBC One, and is currently BBC’s North America Editor. He also graduated from Southampton with a degree in politics!

Liz Barker
A proper blast from the past, you might remember Liz Barker presenting Blue Peter. Before she was presented Blue Peter for six years she studied Philosophy here!

Adrian Newey
Adrian Newey is currently the chief technical officer of the Red Bull Racing Formula One team, and has been an awarded an OBE for his services to motorsport. And, he graduated with a First Cass honours degree in Aeronautics and Astronautics in1980.

Dominic Mohan
Dominic Mohan is the former editor of The Sun. Whilst studying for his degree in English at Southampton he was editor of The Wessex News, which led him to be a successful editor and journalist. As well as editing, he was also awarded the Hugh Cudlipp award at the British Press Awards in 2005 for envisaging the idea of re-recording Band Aid’s ‘Do They Know It’s Christmas’.

Lohan Presencer
Lohan Presencer graduated in 1992 with a degree in Acoustical Engineering. Whilst in Southampton he was also the Events Officer for SUSU, and from that he went on to work for the Ministry of Sound, becoming their CEO in 2008!

If you know of any students that have gone on to become celebrities, let us know! Get in touch on Twitter @yoursusu.