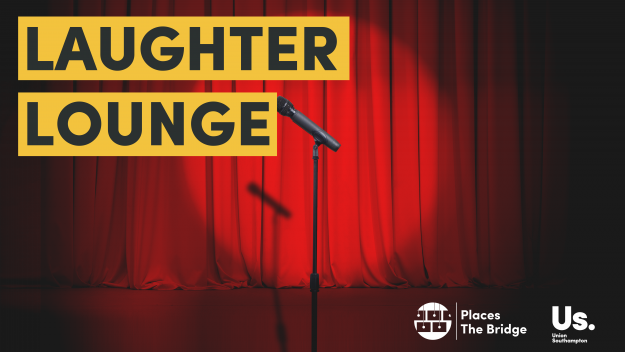 If you enjoyed our Freshers’ Laughter Lounge events, you’re in for a treat.

Laughter Lounge is back on Thursday 13 October from 19:00 (Doors) with performances from:

Comedy-scene favourite, Rhys James, has made a name for himself at Comedy Central’s Funniest Student in 2010, Chortle’s Student Comedy Award and as a material writer for Russell Howard’s Good News. Now prepped to hit The Bridge stage, we can expect great things from this young talent. Here is is performing live material from the Soho Theatre…

Multiple award winner. George Lewis, has taken away accolades for Brighton Comedy Festival Squawker Award 2014, Comedy Knights Fresh Comedian 2015 and most recently, was a finalist in the BBC New Comedy Award Winner 2016. He’ll be opening the set ready for Rhys James to headline.

At the usual price of just £4 for a ticket, or £6, if you want some nachos while you watch. Tickets can be bought at www.unionsouthampton.org/boxoffice with a limited number available on the door.

All students are invited – so what are you waiting for?!

Make sure you join our Facebook event for the latest news and updates.