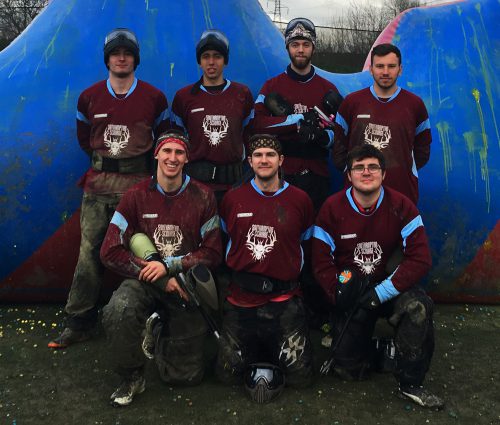 The team travelled to the competition on Saturday 25 to prepare with a training session against the other competing teams, before the main tournament was played on Sunday.

After winning the group stages, the society competed against the University of York, resulting in a tense final. The first game was deemed a no score (due to the remaining two players shooting each other out simultaneously), leading to an instant rematch. The student group remained resilient and came away with a 2-1 victory.

Paintball President, Jason Attwood, comments, “The team played well on the Sunday morning winning the majority of their placement games and after reseeding were placed into the final against the Yorkshire Yetis of York University. The final was chaotic with the last player from each team shooting one another out simultaneously; meaning a rematch was on the cards. After another well fought and tense point Southampton manged to grasp victory. The event was extremely enjoyable thanks go to everyone involved in the paintball community … and Union Southampton for providing partial funding for the team’s attendance.”

The team fire away at the Paintballing Student Cup

If you’re interested in joining Paintball Society, you can get in touch with them via private message on their Facebook page or you can email the Committee directly at: committee@supac.org.uk.

You can find out more and join any of our clubs and societies year-round at www.unionsouthampton.org/groups