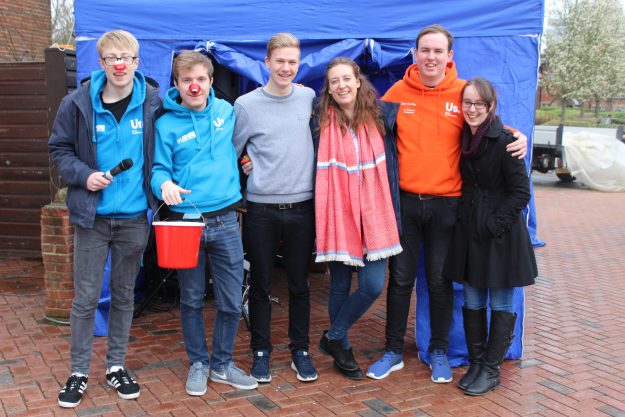 The shows featured a series of competitions, on-air challenges, and games, including an appearance from BBC Radio 1 DJ and Surge alumna, Chris Stark, who tuned in on Thursday morning to offer the team motivation and a donation of £100.

Other highlights from the event include the team’s writing, recording and production of a 4 track EP during the 48 hours, a competition to win a pair of tickets to Victorious Festival and the gunging of the Station’s Manager, Toby Leveson.

A team of forty student volunteers helped to run the event, which was held in association with RAG (Raise and Give) society.

Make sure you tweet your congratulations to the team using the hashtag #Surge48. You can still donate to Comic Relief via their online Red Nose Day page here.