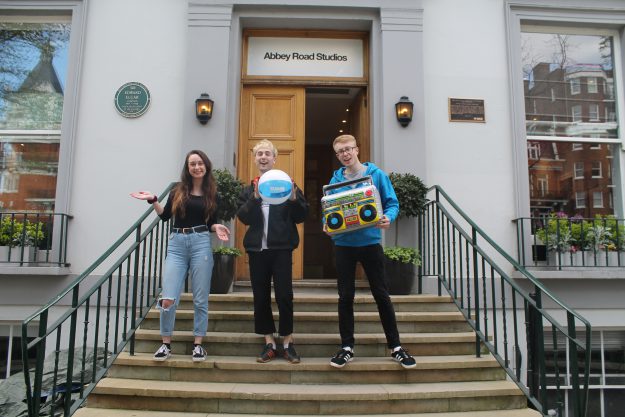 Surge were offered the opportunity to broadcast at the world-renowned studio, following the discovery of a rare ‘BTR (British Tape Recorder) Workhouse Tape Machine’ found at the station’s previous recording studio at Glen Eyre Halls. The studio aim to restore the machine, which is one of only four in existence today.

The team ready to broadcast the live show

Surge Station Manager, Toby Leveson, comments, “We’re so pleased with how the day at Abbey Road went. To take a team of 10 to the legendary studios and be the first to broadcast from the brand new Front Room studios was an incredible experience and one that I’m sure will go down in Surge history!”

The news comes just a few weeks after Surge, which has been running for 41 years, raised £863.40 for Comic Relief during their 48 hour broadcasting marathon, which involved playing a series of games, competitions and music to raise money for the charity. The team’s next venture is to the Student Radio Awards Leicester – stay tuned for updates on how the night goes.

The team outside the iconic Abbey Road Studios