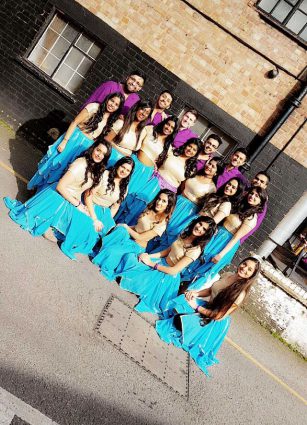 Team Captain and former Hindu Society Vice-President, Karishma Patel comments, “I don’t think I’ve met a group of people as willing to learn as my team. At first, some of them were hesitant to perform, because it was something they’d never done before. Some of them didn’t see themselves as dancers. But with a bit (sometimes a lot) of persuading they all came together. The weeks leading up to the show were probably some of the most hectic, stressful yet fun weeks before any show we’ve done. We really pulled together as a team and they worked so hard to perfect the routines. On the day, we didn’t qualify for the final round, which is a shame because they deserved a place. But they put 110% into the performance and, as their captain, I could not be prouder! Now is our second chance to take our place in the final round of next year, so fingers crossed we win!”

Hindu Society President for the next academic year, Divyansh Dixit, adds, “We’d really appreciate it if students could support us!”.

Enjoy the team’s performance here, but ensure you ‘like’ the original post in order to support the society’s bid to reach the finals.