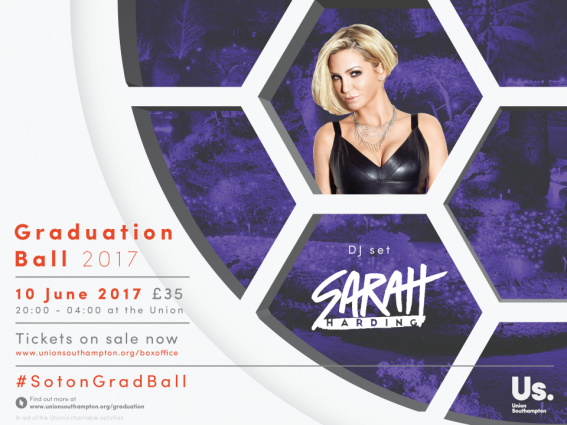 Don Broco, Hannah Trigwell and Club Drive have all confirmed to perform at this year’s Ball, which will be held at the Union, following choices made by this year’s student Grad Ball Committee.

Countdown the final five weeks until the night on our Official Grad Ball website at www.unionsouthampton.org/gradball.

Don’t forget that tickets are available to purchase for just £35* before 01 June at www.unionsouthampton.org/boxoffice

*Tickets will be available to purchase for £40 from 01 June – that £5 saving by getting tickets early means another drink, think about it!