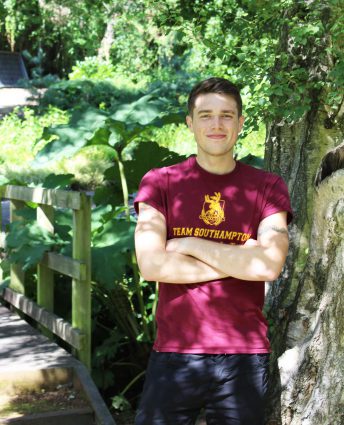 This year we have a brand new team of Full-Time Officers at the Union (and a couple of familiar faces too). We asked a few questions to get to know them a little better…

Stephen is the lead Full- Time officer on sport and our Athletic Union (AU) & Intramural (IM) sports clubs. His role is to promote participation, support club committees and work with volunteers.

What advice would you give to your Fresher self?

I’d tell my fresher self to do exactly what I did, which was sign up to some societies and get to know as many people as possible! So many people regret not joining societies sooner so don’t waste your time!

One of my earliest memories was being overwhelmed by the hundreds of people that attended trials for the basketball club. I didn’t make the cut in my first year but I swallowed my pride and joined the development team. Most sports clubs are really accommodating, even if you’re not very good at the sport! Since then I got as stuck in and involved in the club as I could, and now I’m a starter on the 2nd team due to the hard work I put into my training.

What are you most looking forward to about being VP Sports?

I’m most looking forward to being able to do what I love as a job, which is helping athletes get the most out of their time at uni.

What would you like to achieve whilst in office?

I’m focusing on growing our existing projects and getting more and more people involved in sports so that they can experience the benefits it brings. I would say my biggest aim is to make the 10th anniversary Varsity as big as it can possibly be this year, as well as winning of course.

Definitely the basketball club! In terms of nightclubs though, I’m a proud card carrying member of Jesters, there were times in my third year where I would be there three or four times a week.

Where would we have found you during your Freshers’ week?

I’d either be in Jubilee or the SUSU café to get my carbs in after a workout.

Tip for getting over Freshers’ Flu

I’ve never experienced Freshers’ flu so I’m not sure I’m an authority on the issue, but I’ve nursed a fair few hangovers in my time and nothing beats Domino’s and chocolate milkshake to get you through the pain.

Favourite place in the Union and why?

My favourite place is either The Cafe (£3.20 for a seven item breakfast can’t be beaten) or the bean bags outside Bar 2, I’ve fallen asleep there more times than I’d like to admit.

What was your best student experience?

Varsity 2015 – all four of our teams won against Portsmouth in some really close games. The atmosphere all day was amazing and the night out in Oceana afterwards was unforgettable.

If you were an animal what would you be and why?

I’d be a koala, because they spend most of their waking hours eating, which is something to which I can relate.

You can take three things to a desert island – what do you choose?

Sunnies, a towel and some Pimms.

Got an idea to share with Stephen? Get in touch at vpsports@susu.org