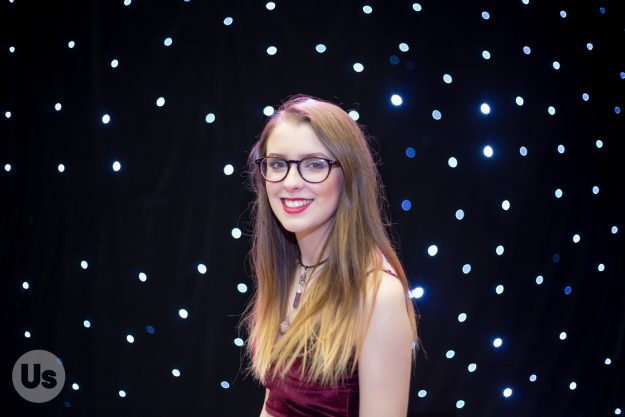 This year we have a brand new team of Full-Time Officers at the Union (and a couple of familiar faces, too). We asked a few questions to get to know them a little better…

As Welfare Officer, Sam’s role is to work alongside the University to ensure action on issues such as housing, mental health and finance to improve students’ rights, equality and wellbeing.

What advice would you give to your Fresher self?

I would say to get involved in as much as you can (without neglecting your degree!) because I wish I’d signed up to more societies.

What’s your first memory of moving to Southampton and Freshers’?

My first memory of Freshers’ was the “Post-It note” competitions between flats in Mayflower. Sounds a bit mental, but someone made a huge Super Mario out of coloured Post-It notes on their kitchen windows, and everyone was trying to make something bigger and better.

What are you most looking forward to about being VP Welfare?

I’m excited to see the positive impact that myself and importantly the student leaders make. After being heavily involved in the Sexual Consent Awareness Campaign from the very beginning, I’m eager to see what this year has in store for their progression. I’m also super excited to be working with the other Officers.

What would you most like to achieve whilst in office?

I would like to run some really successful campaigns, including those on sexual consent, domestic abuse and healthy relationships, and disability.

Oceana (because everyone loves the cheese room).

Where would we have found you during your Freshers’ week?

Definitely not in the library…

Tip for getting over Freshers Flu

Stock up on cold and flu tablets, ibuprofen, and drink loads of honey and lemon. Also (try to) have a night or two off nights out!

Favourite place in the Union and why

The Bridge. It’s a super chill venue and it’s nice to get some work done in there when you don’t fancy going to the library. Also their chip butties are the one.

What was your best student experience?

Being involved in creating the first ever SCA (Sexual Consent Awareness) Campaign. It was amazing to see the positive impact the campaign was making, not just on our campus, but externally too.

If you were an animal what would you be and why? I’d be a dog for sure – they get excited over everything, sleep a lot, and eat loads of biscuits – can’t complain about that!

You can take 3 things to a desert island – what do you choose?

Can I take a boat to get off the island, or is that cheating? If it is, my phone (because I’d be lost without it), sun cream (bit of a disaster if you’re stuck on an island and get crazy sunburn), and some kind of water filtration device (don’t want to be drinking sea water because that’s bad news!).

Got an idea or question for Sam? Get in touch at vpwelfare@susu.org.