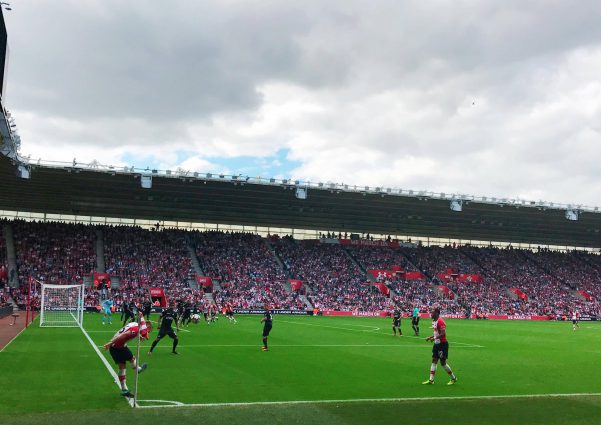 Over 300 Pre-Sessional students supported Southampton ‘Saints’ FC in their recent Premier League match against Swansea FC on 12 August 2017, in a trip arranged by the University of Southampton Students’ Union.

Attending the football match was a brilliant way for our new students to feel welcomed into the Southampton community and a chance for them to get behind their new home team. It was also a chance to spend time with new friends and practice English language skills for their courses.

Some students chose to buy Southampton team scarves and took part in a photo competition arranged by the Students’ Union. Well done to the lucky winner, Lulu, who has received a free rucksack from The Shop On Top. Her winning photo is below. 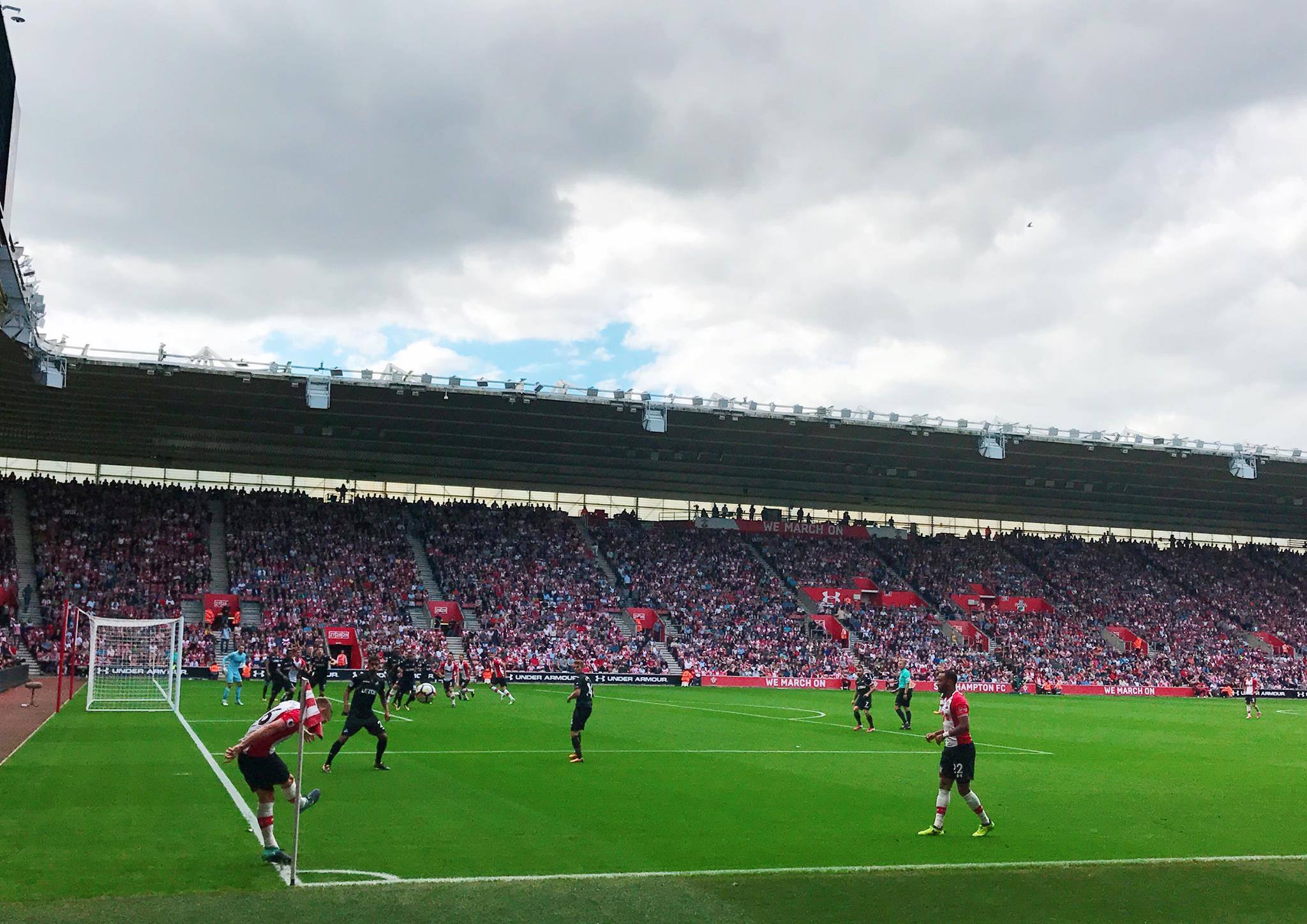 Students also spotted a half-time message welcoming everyone from the Students’ Union to the match – our message made it to the big screen!

The Union’s VP Student Communities, Arun Aggarwal, attended the match along with student helpers – “I had a fantastic time! All the students had a lot of fun and the pre-sessional helpers were great in facilitating the day. Hopefully we can offer more events like this one in future.”

Below are a couple of photos from the day, we’re glad all the students had such a great time! 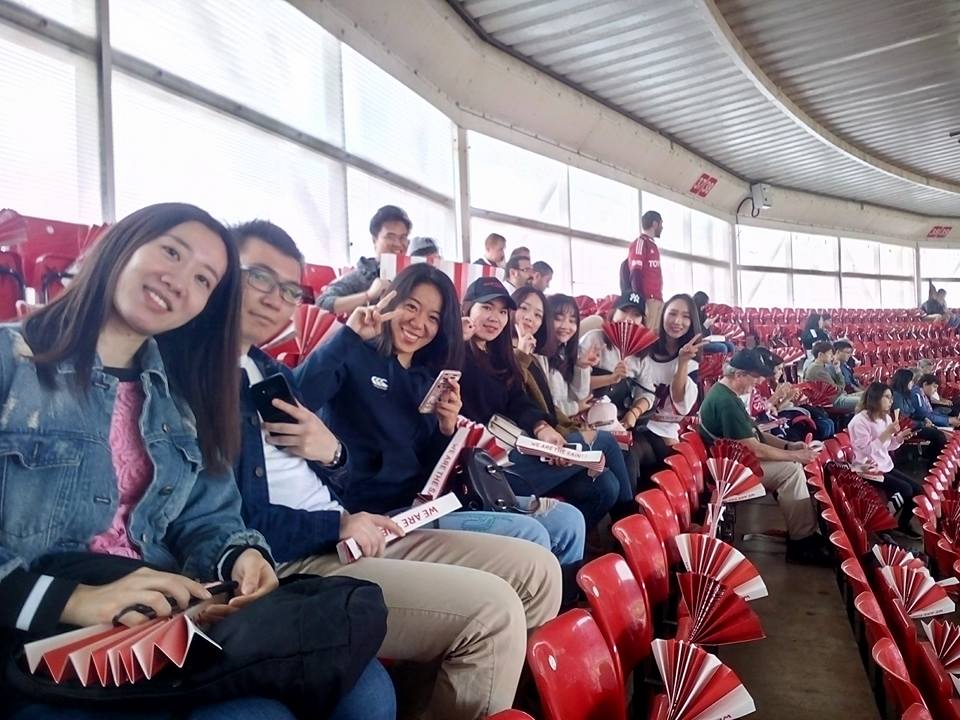