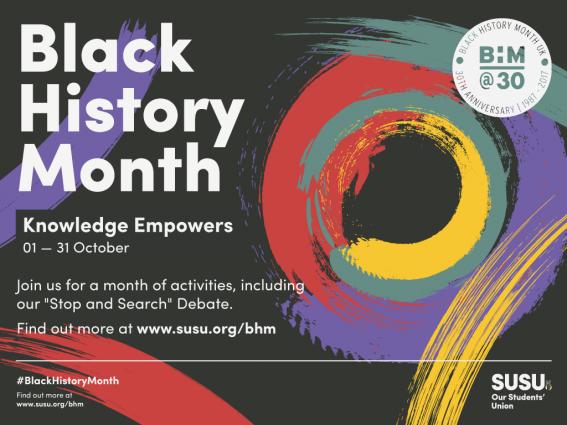 October is Black History Month and a time to reflect on history: a history from which we can take pride, learn from and sometimes avoid repeating it’s mistakes.

Several events will be coming up during this month, so keep an eye out for:

During this month, the Union and student societies are leading a campaign on the history of Colonialism in Africa. We will be focusing on African nations  which suffered occupation by foreign powers and those who fought against it; In this first series, we are focusing on Kenya, Tanzania, Djibouti, Eritrea, Seychelles and Somalia. 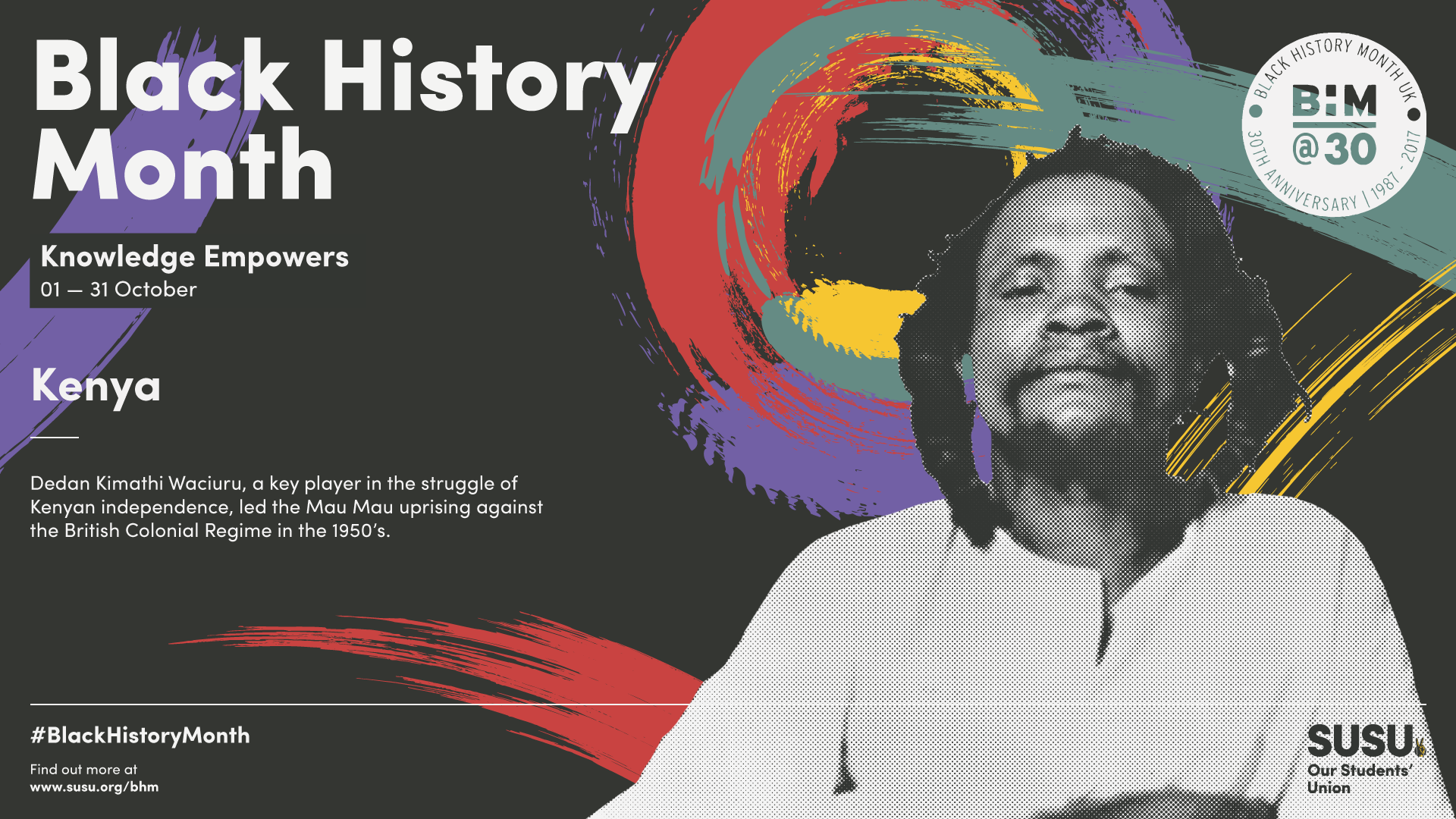 Dedan Kimathi Waciuru led the Mau Mau uprising against the British Colonial Regime in the 1950’s. The Mau Mau movement aimed to reclaim land from British colonizers and as the group’s influence and membership grew, it became an increasing threat to the British colonial government. Kimathi’s role was to launch attacks against the British Raj and he spent the majority of his time fighting in the forests of Meru and Nyeri, where he formed the Kenya Defence Council in 1953 to coordinate forest fighters. His capture in 1956 brought the Forest Wars come to an end and Kimathi was sentenced to death and executed.

Viewed by the British has a terrorist at the time,  Kimathi and his fellow Mau Mau warriors have since been recognized as heroes in the struggle of Kenyan independence. In 2010, the British Government paid reparations and apologized to those who were abused during the Mau Mau uprisings. 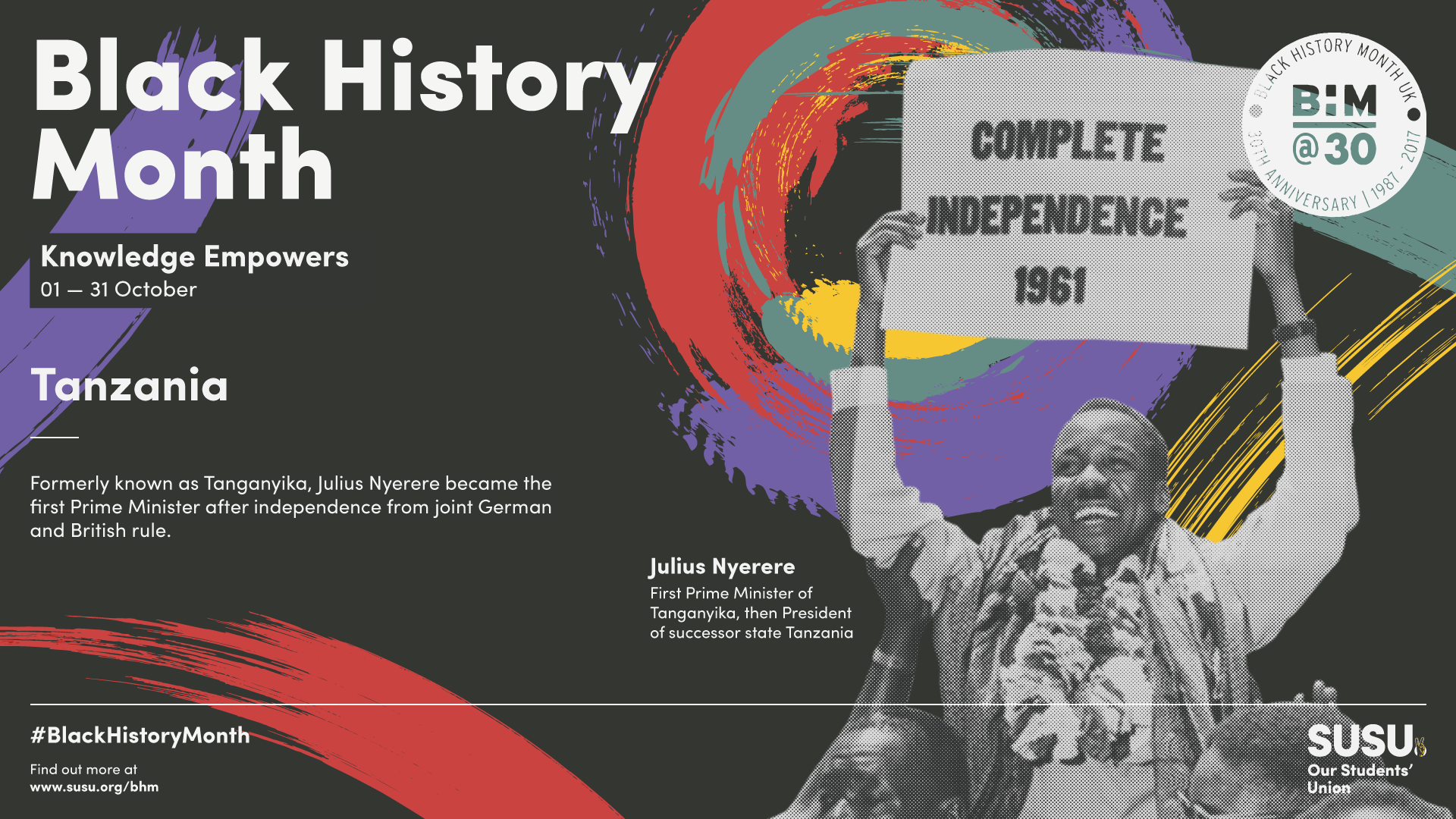 Tanganyika was first colonized by the Germans but after World War l, Tanzania was placed under British Rule by the League of Nations. In the 1950’s Julius Nyerere formed the Tanganyika African National Union (TANU); support for the party grew and in 1961 Tanganyika became an independent republic with Julius Nyerere as the first Prime Minister. In 1963 Zanzibar, that had been under subsequent Portuguese, Omani and British occupation, became independent, following a revolution led by the Afro-Shirazi Party. Tanganyika and Zanzibar then merged to become Tanzania, with Julius Nyerere as President and Afro-Shirazi leader Abeid Amani Karume as Vice President. 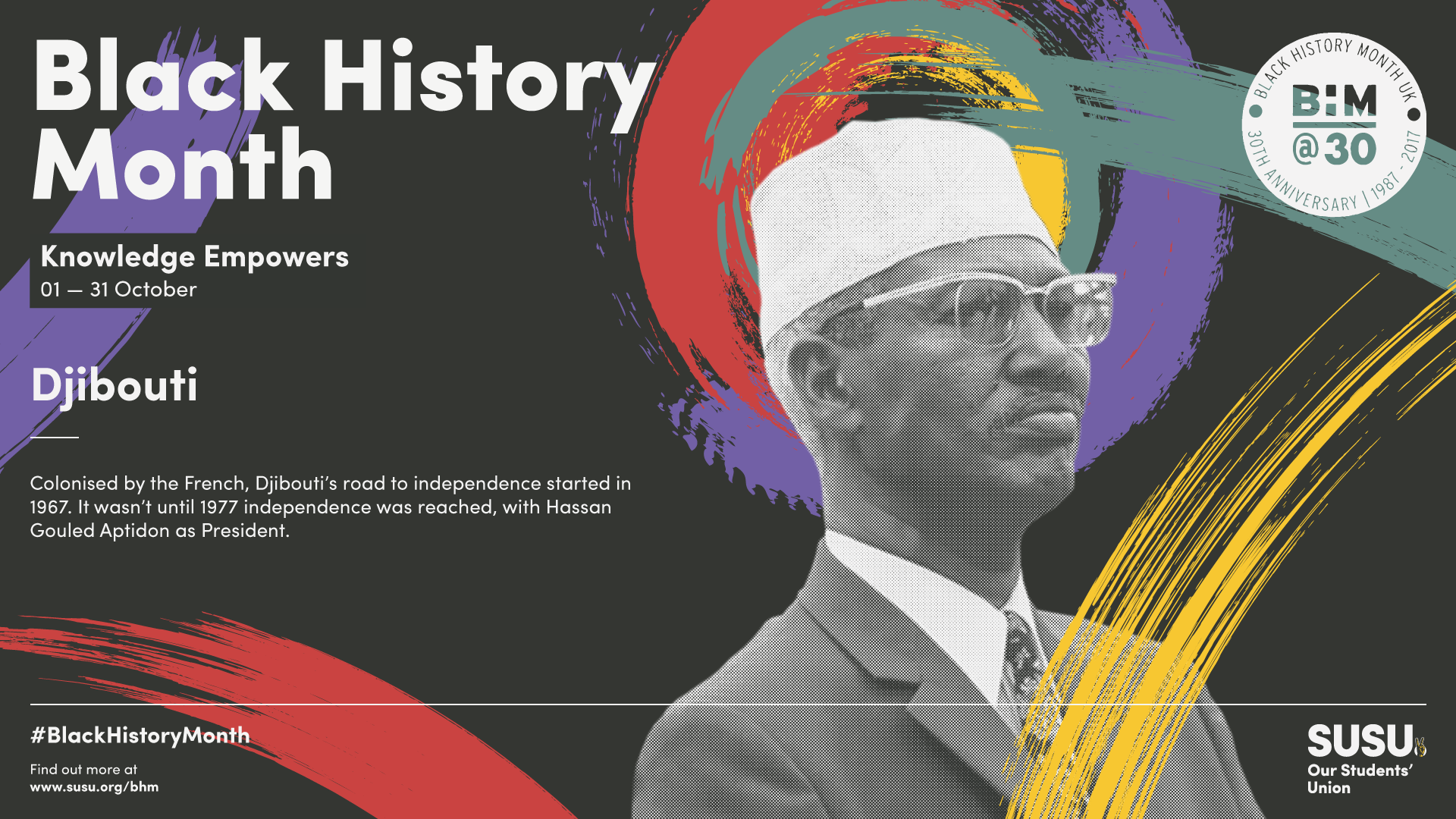 Djibouti’s road to independence started in 1967, with a referendum in which the Afars people and the Europeans voted to remain within the French Community at the time. In 1977 became the last of the France’s African colonies to become independent with Hassan Gouled Aptidon as President. 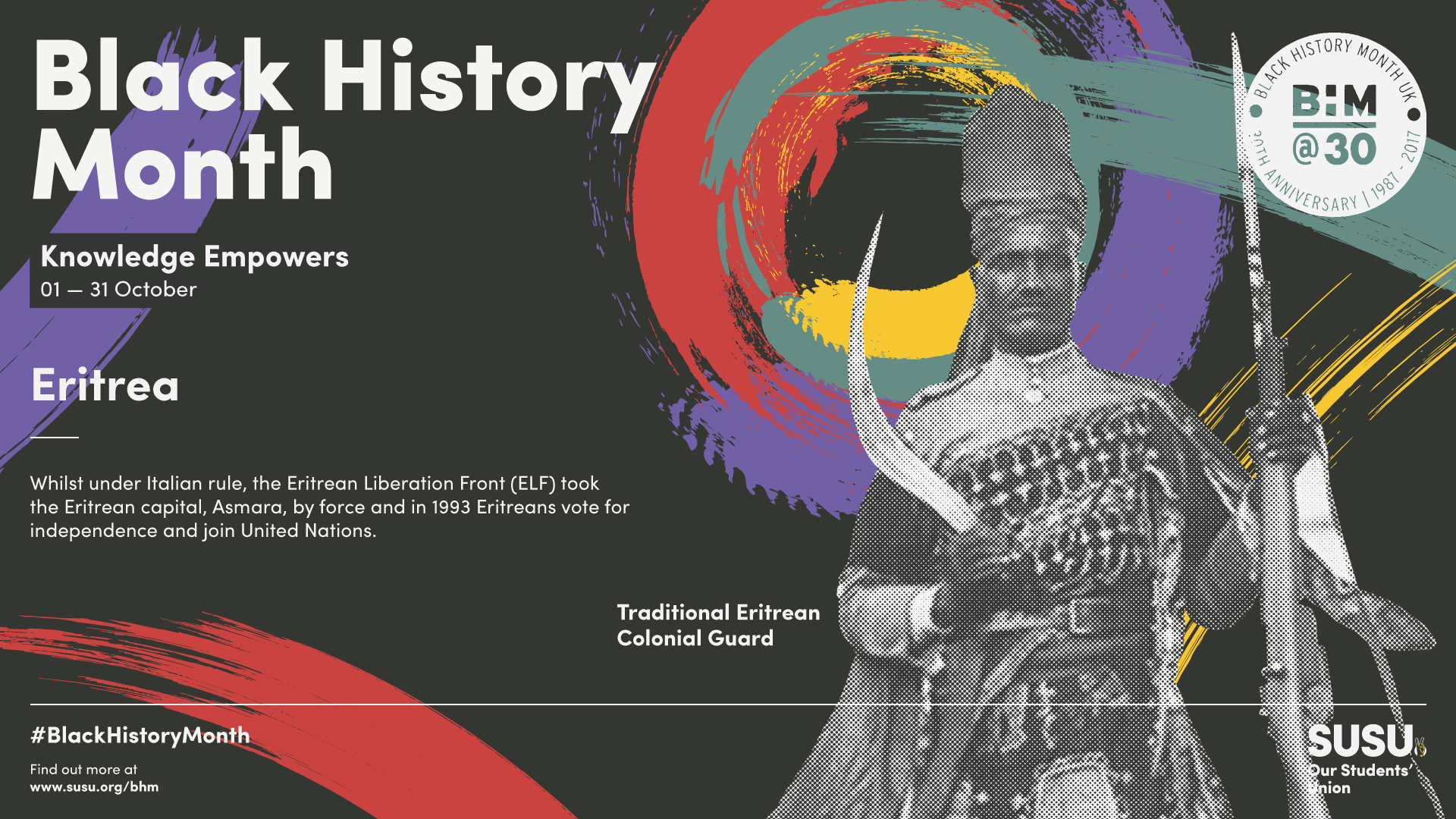 First colonized by Italy in 1890, followed by British occupation in 1941, Eritrea was then handed over to the United Nations Trust Territory who decided to make it part of Ethiopia. In 1962 Ethiopia annexed Eritrea and thus began Eritrea’s struggle for independence, led by the Eritrean Liberation Front formed in 1958.  In 1970, a leftist fraction of the ELF split from the group. Between 1977-78 Soviet and Cuban troops assisted Ethiopian Forces in fighting Eritrean guerrillas but the withdrawal of Soviet support in the late 1980’s thus weakening the government’s position. In 1991, the ELF captures the Eritrean capital Asmara and forms a provisional government. In 1993, Eritreans vote for independence and join United Nations. 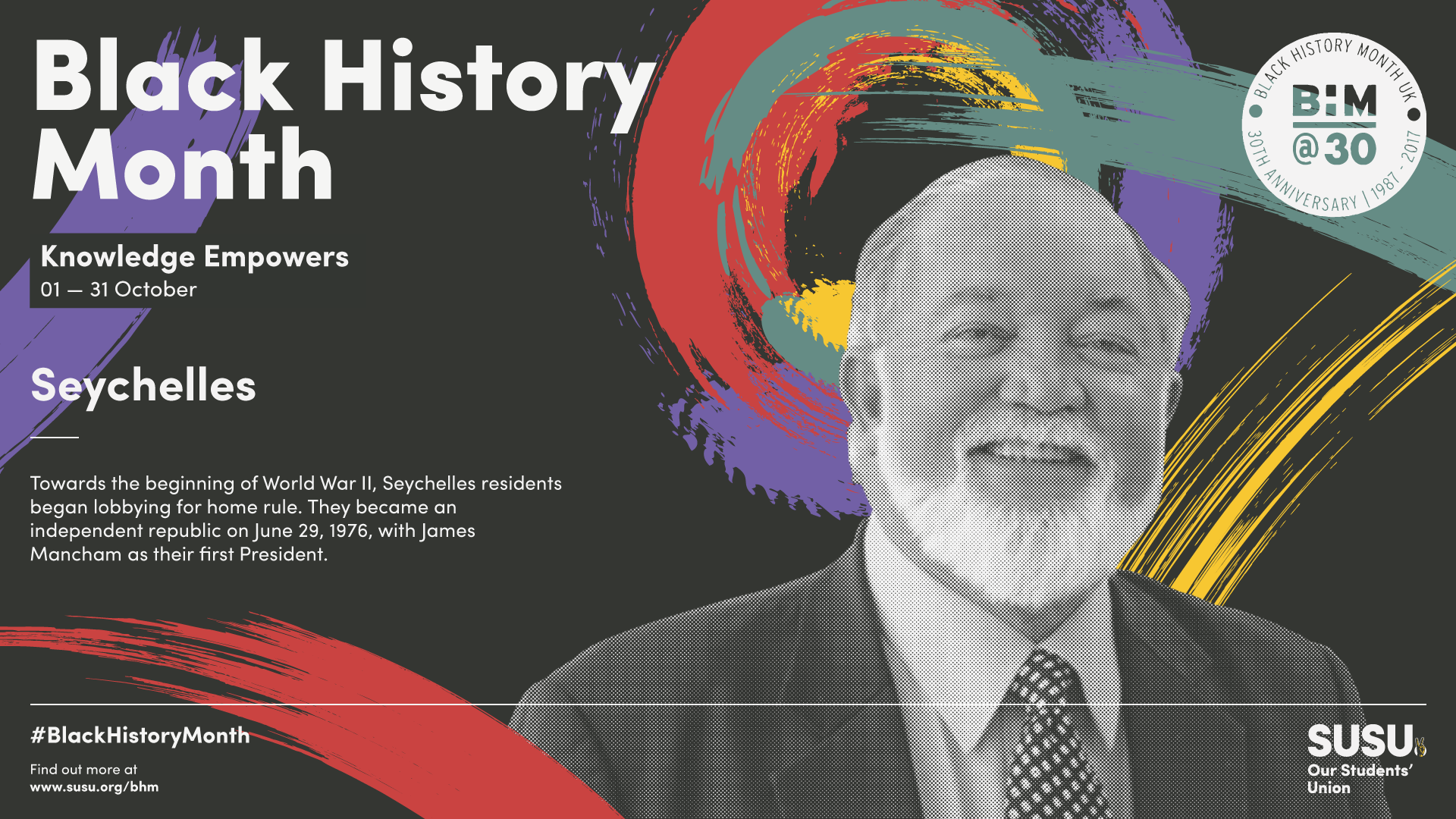 Occupied by both the French and British empires throughout the 17th and 18th centuries, the Seychelles officially came under the British Crown in the early 1900s’. Towards the beginning of WW ll, Seychelles residents began lobbying for home rule and in 1939, the first political party, the Taxpayers Association, was formed to represent the interests of the wealthy landowners. After the War, these landowners were granted the right to vote. The Seychelles’ first Legislative Council was elected in 1948 but political movements that would benefit non-landowner did not happen until the 1960s. In 1964, the left-leaning Seychelles People’s United Party (SPUP) and the Seychelles Democratic Party (SDP). In November 1970, James Mancham, the SDP leader, became the Seychelle’s first President, when the island nation gained independence in 1976.

Britain empire’s expansion in the 18th century, triggered the scramble for Somalia, with the British, French and Italians all attempting to gain control of the area. In 1887 Britain declared Somaliland (present-day northwestern Somalia) a colony, leading to an Anglo-French agreement to define borders between the countries new colonies of British Somaliland and French Djibouti. In the early 20th century the Dervish State (Somali Muslim Kingdom) established by Mohammed Abdullah Hassan, led the Dervish uprising which forced the British to retreat back to the coast; it outlived the Scramble for Africa, and remained throughout WWI the only independent Muslim power on the continent, before being finally defeated in 1920. After WWll, the United Nations granted the Italians a 10 year rule whilst the Somali’s worked on their independence. On 1st July 1960, the two former British and Italian territories united and gave way to the United Republic of Somalia.