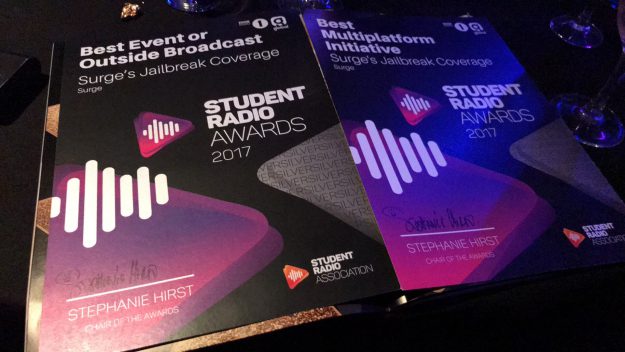 Surge’s Station Manager, Xavier Voight-Hill, says: “It was a fantastic evening at The O2 and it was delightful to see last year’s tremendous efforts pick up some recognition with the very best that student radio across the UK has to offer. To pick up seven nominations – second only to one station – and come home with two awards is a real testament to everything Surge’s members achieved with Toby Leveson at the helm, and we can’t wait to do it all again next year!”

Evie Reilly, VP Democracy and Creative Industries, says: “Congratulations to all the team at Surge for such a successful year at the Student Radio Awards. Both awards are really well deserved for a fantastic team!”

You can listen to highlights from Surge’s coverage of Jailbreak 2016 on Soundcloud. Surge will be covering this year’s Jailbreak once again, starting on Saturday 18 November, 07:00 at the Union. 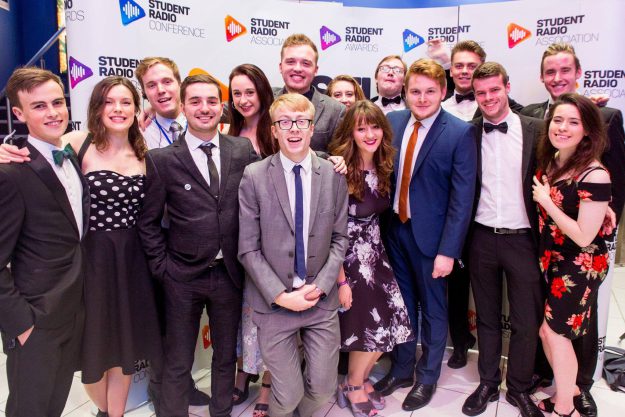