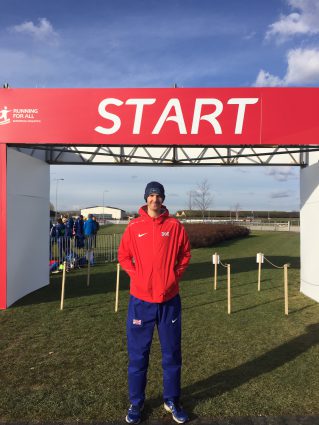 Alex Teuten, a member of the University of Southampton Students’ Union Athletics and Cross-Country Club and PhD Chemistry student, recently placed second in the European Cross Country Trials and has therefore qualified to join Team GB! We met with Alex to find out more about his fantastic achievement and what the future holds.

First up we congratulated Alex and asked him how the Cross Country Trials went: “It was the race of my life really, and it went fantastically well.” Alex represented England during the trials and raced against world-class athletes to achieve his qualification to Team GB.

Alex has always had an interest in sport and competed in his first cross country runs at primary school. He caught the running bug and joined his local club in Portsmouth aged 8. He stayed at this club for 16 years before moving on to join Southampton Athletics Club. A standard week of training involves running 80 – 85 miles a week, but this reduces if Alex is training in the build up to a race. He added, “80 miles is quite low for cross country training, most runners will do about 100 or more!”

We asked Alex how he will manage to balance running for Team GB and studying for a PhD: “They go hand in hand really, running can take my mind off work but I can also think about anything I didn’t quite manage to figure out in the lab. I think a big factor of it is having such a great team around me…they have been instrumental in a lot of my successes. I’m not just at uni to study and I don’t see running as a distraction; it’s all about getting in the right mind set and having good time management.”

On Sunday 10 December Alex competed in the European Cross Country Championships in Samorin, Slovakia. Alex raced against top athletes from all across Europe, “It was a fantastic opportunity to race against the best [runners] that Europe has to offer.” Team GB secured Bronze in the team competition for the senior men’s category and won the overall team prize.

Alex will next represent Team GB in Edinburgh next January. He reflected on how well Team GB invests in their athletes and how it opens up so many opportunities: “It’s going to be an exciting few months!”

Our VP Sports, Steve Gore, says: “It’s fantastic to have a student from Southampton representing their country at an international level. We have lots of talented students involved in our sports teams and clubs; it’s great to see Alex’s hard work and dedication paying off.”

We wish Alex the best of luck in his career with Team GB and his Chemistry PhD. Keep up with Alex’s journey on his blog. 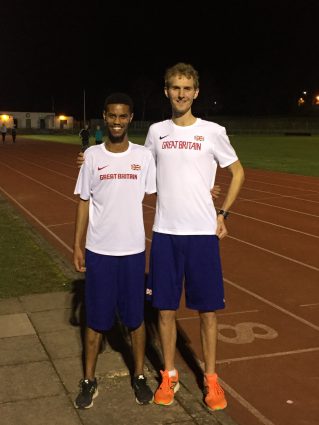