In Sport, What's on 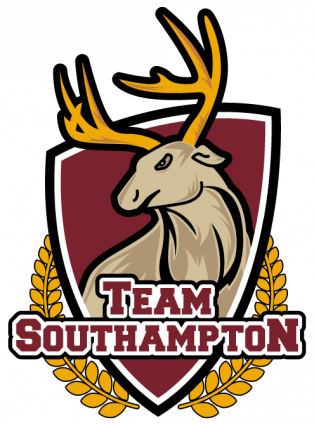 The sporting rivalry between Southampton and Portsmouth celebrates its 10th anniversary on Sunday 11 March 2018, and it’s set to be the biggest Varsity yet! This year Team Southampton is hosting the fixtures on home turf at Highfield Campus and Wide Lane sports ground.

We have won eight Varsities against Portsmouth, and we’re planning to add another star to the legacy this year – Make sure you get behind Team Southampton, cheering them on and wearing our team colours with pride as we play to win that all-important trophy.

Steve Gore, VP Sports, comments: “We can’t wait to continue the Team Southampton legacy for Varsity’s 10th anniversary! Good luck to everyone who’s competing and I hope to see big crowds cheering on the day – let’s add another star to our record!”

Tickets are on sale now for £12.00 from susu.org/boxoffice and the Box Office in Building 42. Don’t forget: whether you’re playing in a fixture or spectating, you will need to buy tickets to gain access. Varsity T-shirts (which act as your ticket and your entry to the Varsity after party) will be available to collect from Refreshers Fair on Friday 02 February and from The Shop on Top.

More information on fixtures and the after party will be coming soon, so make sure to keep an eye on the Varsity Facebook event for announcements. 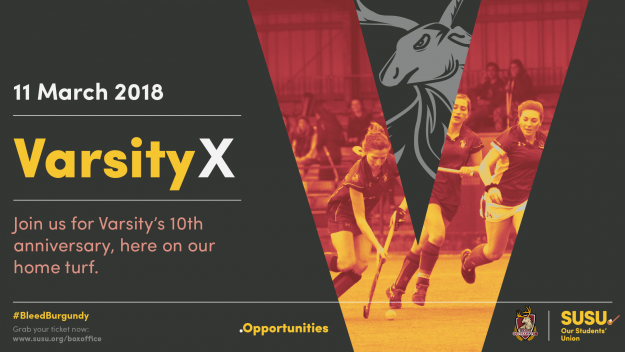