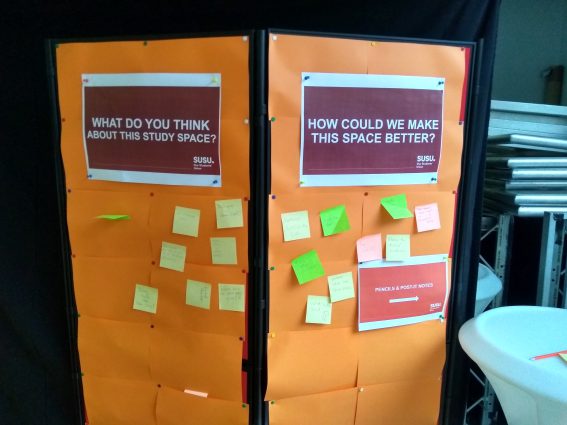 Hello! Samuel Dedman here – your neighbourhood VP Education for 2017/18. Recently the Education Zone (the Union committee which I chair) opened up some consultation about study space provision across the University. Spaces such as these are the cornerstone of academic study while at University, and therefore it is an important element of the Zone’s representation work to ensure that they are as good as they can be. I’m pleased to say that the results are in and we’ve already been hard at work putting some of your suggestions into action. Our consultation work included a couple of different activities, so I’ll separate them out below.

Our Study Space Survey received 297 responses from students across our Faculties and sites. We’re working our way through all of the written responses, but all of the numerical responses can be found here. Headline figures include:

We also hosted a physical consultation board in the Bar 2 space itself for the duration of the survey, allowing anyone passing by to leave their thoughts. Thank you to everyone who left suggestions on the board – we’ve looked over all of them and these were the most popular categories:

I also put out a number of informal Twitter polls during the same time, one looking at the Library and another looking at the Union’s Bar 2 study space. It is really interesting to see that students are still looking for us to get the basics right – plug sockets and working space score well in both of the polls. The full rests from both polls can be found below: 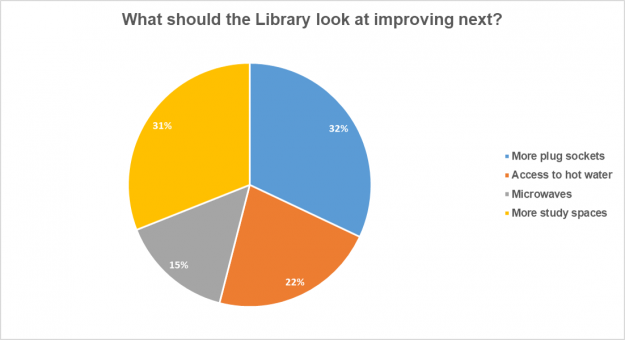 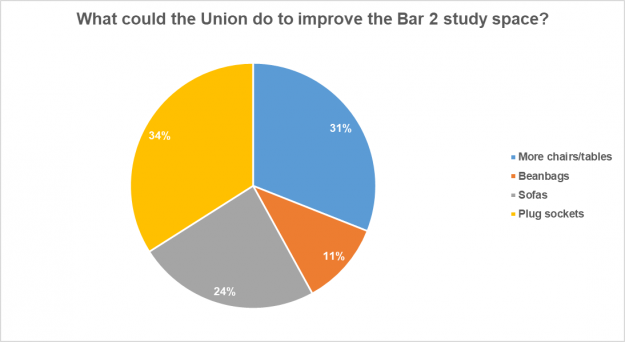 As mentioned above it is going to take us a bit of time to look through all of the written responses, but we’ve already been able to make a few improvements to spaces across the University based on the survey and submissions on You Make Change:

We’re also keen to make the Bar 2 area into a flexible study space, while also retaining its ability to be used by a number of our Clubs & Societies. Conversations around this are still ongoing, and if you have any ideas or suggestions let me know at vpeducation@susu.org!

That is all for now – keep an eye out for the Education Zone’s next piece of consultation work and get in touch if you have any questions!