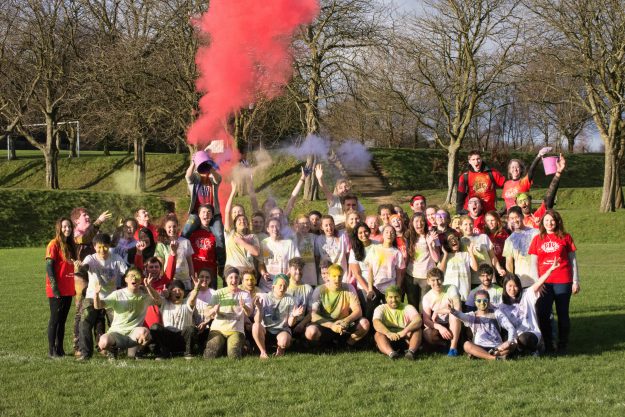 Through student fundraising, Southampton RAG have donated a record breaking £229,354.21 throughout the 2017-18 academic year. This is a fantastic achievement and the total has benefited over 35 charities including CLEAR, Mind and AIDS Orphan.

Fleur Elizabeth Walsh, our VP Engagement, says: “I’m incredibly proud of all our students and societies who have contributed to this record breaking total, and I want to say thank you to everyone who has dedicated themselves to fundraising this year. I’m excited to continue the amazing work of RAG into the new year, and hopefully beat our target again!” 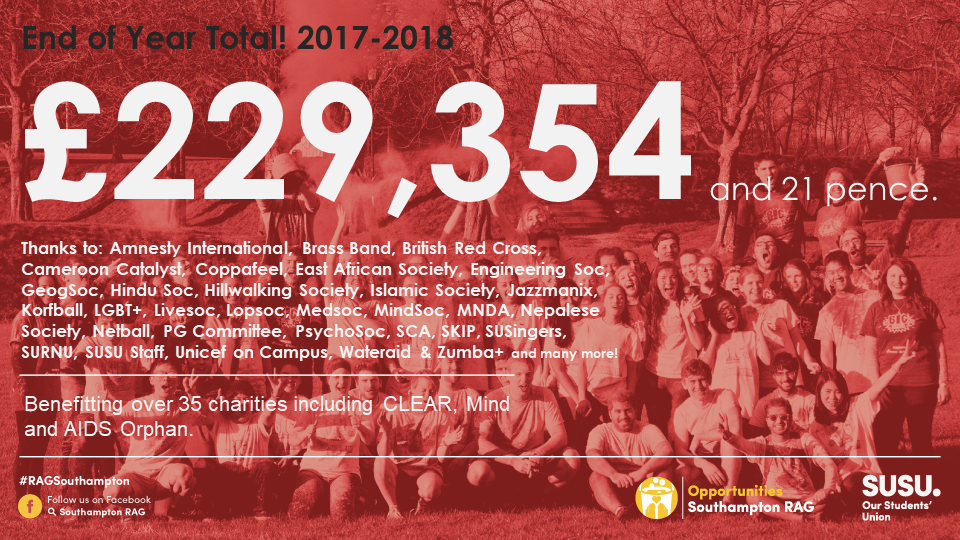 “I am very pleased that CLEAR is one of Southampton RAG’s supported charities. The students of The University of Southampton show an incredible passion for refugee issues locally and globally, and the Students’ Union organises an imaginative programme of fundraising events throughout the year to which CLEAR is proud to contribute. I extend CLEAR’s gratitude for Southampton RAG’s generous donation to the members of the Committee and to all the students of the University.” – Mike Brown, CLEAR Project Manager

“A big thank you to all the students at the University of Southampton Students’ Union for making such a magnificent fundraising effort this year. AIDS Orphan is a small international non-government organisation and this donation will make a big difference. We are currently building a school in Ahero in Kisumu, northern Kenya. From all of the children we are supporting: ‘Thank you’!” – Ian Govendir, Founder and CEO of Aids Orphan UK Trust

“We’re so grateful to University of Southampton Students’ Union and everyone who supported their fundraising events for Mind throughout the academic year. Not only will their fundraising efforts have helped to raise awareness and decrease the stigma which sadly still exists around mental health, but every penny raised will help Mind to provide vital support and services to the one in four of us who experience a mental health problem every year.” – Karen Bolton, Head of Community and Events Fundraising for Mind

Find out how to get involved with fundraising at the Union over at www.susu.org/opportunities/rag – your involvement could help us beat this total next year!