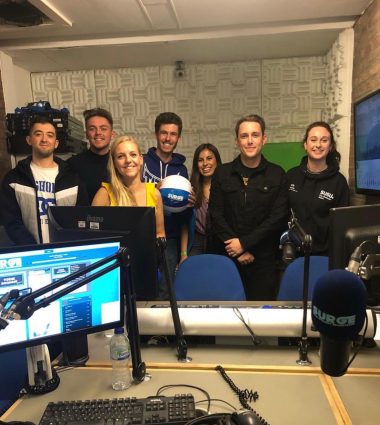 Surge Station Manager, Polly Marquis, says “It was really exciting to have Chris Stark back in the studio, we have a good relationship with him through our social media channels so it was great to see that materialise. As well as him being back his experiences with Freshers’ week and getting into student radio, the fact that we were able to do all this in collaboration with BBC Solent was amazing. Hopefully it’ll really get the word across about how much fun it is to be involved with student radio, and where it can take you.”

Missed the interview? you can find it here.