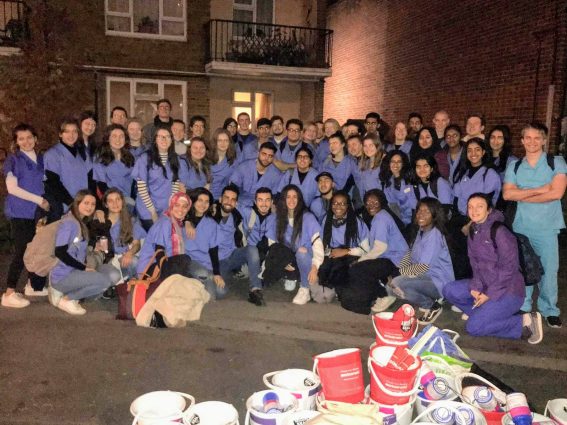 The raid involves students from MedSoc spreading out across 14 London Underground stations with collection buckets and flyers. Their original target was to raise £2,000 for both charities, but MedSoc were pleased to post the following message this morning: “We are pleased to announce that we smashed that target! We made £2221.57 and we would like to thank everyone that was involved on the day”.

The team that made the most were at Edgeware Road Station and will receive a free meal from MedSoc. 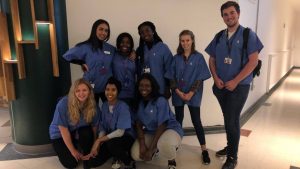 Southampton Hospital Charity helps to enhance the care and treatment of patients at University Hospital Southampton. They plan to use their donation from MedSoc to open up the new Children’s Emergency department in Southampton General Hospital.

Abdullah Khaled, MedSoc‘s Charities Rep, says: “All medical students worked really hard to fundraise as much as possible. Everyone who took part did two and a half hours with a friend at each station and then spent the rest of their time exploring London. So overall it was a fun event for all.”

Emily Harrison, our VP Student Communities, says: “A MASSIVE well done to all of our Medical students and MedSoc for raising £2221.57 for charity last week! Fantastic achievement!”

MedSoc‘s target this year is to raise more than £10,000 for charity. Their next event is a Carol Service on Sunday 02 December at Winchester Christmas Markets. The Medics Choir will be performing, why not come along to donate and enjoy the Christmas Markets too! 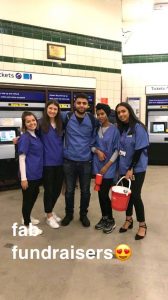