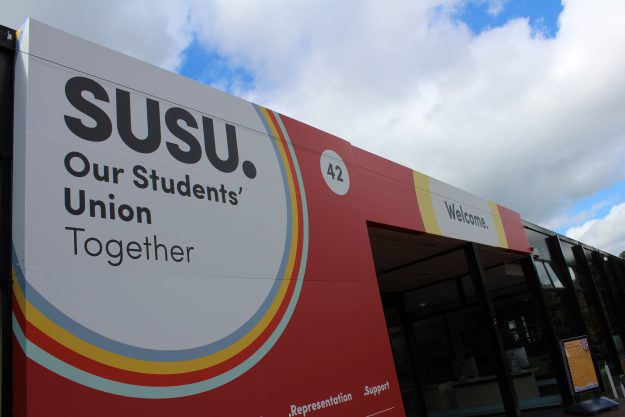 Following the Returning Officer’s statement last week, we thought it would be helpful to give more detail about how the elections work. Our elections are conducted in line with other Students’ Unions but we understand that most people will know little about the process.

All candidates are governed by the SUSU Rules, including Rule 7 (Elections), the Elections By-law and Spring Elections Guidance. Section 4.1 of the By-law also states that “The Deputy Returning Officer may from time to time issue guidance as to campaigning. This guidance shall have the force of a by-law and shall be enforceable as a breach of the by-law in accordance with Rule 7 (Elections)”.

All candidates are made aware of the Elections By-law and Spring Elections Guidance from the start of the elections during the initial briefing to candidates and this year they were also stored in the candidates’ Google drive, along with all other relevant information, resources and the regularly updated FAQs document.

An independent Returning Officer (RO) is appointed by Union Senate for elections that include Sabbatical Officer roles, which is typically the Spring Elections.  The RO is independent of the Union and usually a senior member of staff at the University.  It is common for most elections – including ones such as the UK General Election – to be overseen by an RO who is ultimately responsible for ensuring the elections are run in a fair manner.

The Deputy Returning Officer (DRO) is the Vice President Democracy and Creative Industries (VP DCI). The DRO is responsible for the day-to-day running of the elections while the RO oversees the process as a whole, attending the count as well as making any decisions that are too serious for the DRO.

Any complaints or potential breaches of the rules are dealt with in the first instance by the DRO. These potential breaches may be reported by other candidates or students or otherwise come to the attention of the elections team. In each case, the DRO will investigate and, where necessary, will apply sanctions for minor breaches. Only where the suspected breach is major, or there is a cumulative pattern of breaches, will this be referred to the independent RO.

The independent Returning Officer has the power to impose any sanction they deem appropriate, with the exception of nullifying the election or disqualifying a candidate. If the RO considers either of these is the appropriate sanction, they make a recommendation to Union Senate, who must then vote to approve the outcome.

Union Senate is the highest elected decision-making body in the Union and consists of students elected by their peers.  Once Senate has reached a decision, no further stages of decision-making exist to overturn it. There is currently no provision in the Union’s rules for a candidate to make representations to Senate.

In accordance with the rules, such decisions will only be made public when deemed appropriate. Only decisions taken by the independent RO would ever be made public, meaning that in the vast majority of cases where complaints are received or sanctions imposed, nobody except the elections team (and, where relevant, the candidate) would be aware of them.

All Sabbatical candidates have a budget of £20. They can spend this however they like (within the rules) but must declare all expenditure on the SUSU website. Candidates have until Friday 15th March to declare their spending. Any allegations of overspending will be investigated by the DRO in accordance with the rules and By-law.

The deadline for any complaints regarding candidates is also Friday 15th March, after which time the elections period is officially over.

If you have any queries, then please contact the Elections Team on elections@susu.org