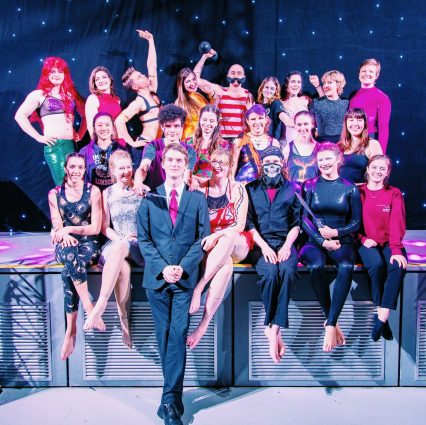 This weekend our very own Aerial Sports Society hosted the first ever inter-University Aerial Hoop Competition for University clubs and societies in the UK and Ireland.

“It was an amazing day!” says society President, Eleanor Dodd. “We’ve had overwhelmingly positive feedback from spectators and participants. We feel as though we’ve really brought together a community of student aerialists that didn’t exist before now. I think everyone wanted every performer to do really well.”

The event took place at the Students’ Union in The Cube, with Southampton competing against the University of Leeds, University of Warwick, Imperial College London, Lancaster University and Royal Holloway.

The competition included talented aerialists from Beginners to Advanced as well as Doubles.

Attendees were also treated to a performance by special guests AirCraft Circus Academy (who were one of the sponsors for the competition). “They were really inspirational, showing us what a polished performance can look like – especially their doubles hoop routine which was truly beautiful” 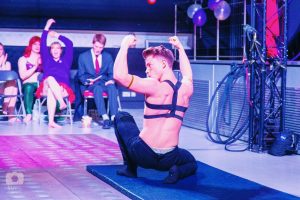 “I think this photo captures the fun and energy on the day.
Performing in advanced Jack Herrington from Imperial College
and me in the purple hoodie enjoying the hell out of it”

Who were the winners?

Beginners: Marta Barton-Navarro from Royal Holloway Pole Fitness with her cheeky burlesque inspired routine to “I am a Good Girl”

Advanced: Elizabeth Ellison from Imperial College Pole and Aerial in a spellbinding performance to “Wiccan Witches”

Doubles: Floriane Pericon and Alison Stehr from Warwick Pole and Aerial Arts performing to “The Otherside” from The Greatest Showman Soundtrack

Southampton of course, walked away with some prizes, Max Hammick placed 3rd in Advanced and was awarded a bonus prize for Best Interpretation of Music, and Eleanor Dodd and Mark Powell placed 2nd in Doubles. 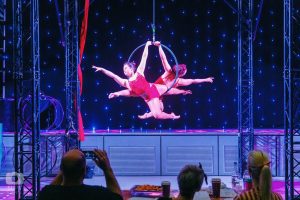 “We absolutely want to bring this community together again! We’re open to hosting the competition again next year but would love for another uni to take the competition forward. Hopefully, more universities could join us if it were held a little further north. Poor Dundee couldn’t reach us this year!”

Thinking of giving it a go? “Join us!” says Elenor. “We know it can look a little intimidating at first but it’s so much fun. You feel so free and it’s so exciting the first time you get up into the hoop.”