Statement On Students Being Prevented From Voting 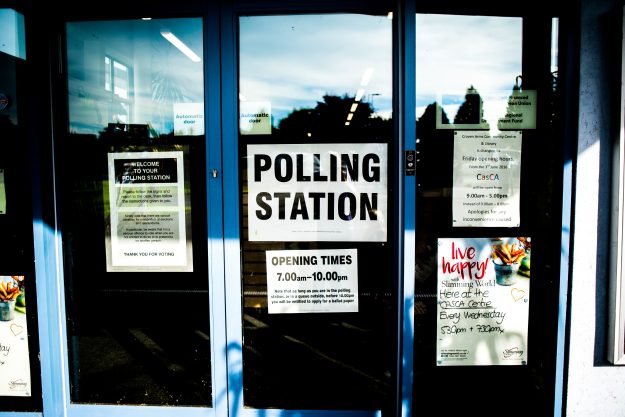 We’ve received reports of multiple students being prevented from voting their local polling station due to an administrative error, meaning they’re not on their polling station list despite being registered to vote.

This morning our VP Education and Democracy, Jo Lisney, experienced this first hand and was turned away from her polling station in Southampton Test. Jo says: “It was a shock this morning when I went to vote and was told I couldn’t. I had my polling card come through so I knew I could, but the people at the station showed me the list and it said ‘details deleted’. After this I called the Electoral Commission and they confirmed I can vote and told me to go back with my polling card but if it doesn’t work, call them again.”

Since then we’ve received at least 75 further reports of students experiencing the same issue. We are deeply concerned about this news as everyone who is able should be allowed to exercise their democratic right to vote. Despite there being a relatively short turnaround for this election, there has been over 2 weeks since the registration deadline for the Electoral Register to update the information given to polling stations. We therefore find it unacceptable that the records haven’t been updated adequately which has put unnecessary barriers in place to voters. This is particularly distressing to first-time voters, including many of our students.

If anyone is experiencing this issue, you can contact the Southampton Electoral Register on 023 8083 2245 to confirm you are registered at your local polling station. Although you should not need to take your polling card with you to vote, we advise you do on this occasion.

If you’re not sure where your local polling station is you can enter your postcode and find it at wheredoivote.co.uk. Polling stations are open until 22:00 tonight so there’s still plenty of time to cast your vote!

After the election we will be working with the Public Engagement Team from the University to take this issue up with the Electoral Commission.

Despite these issues, we are thrilled to hear so many students are voting in the General Election today. Not everyone gets an opportunity to vote so if you do, please use it.