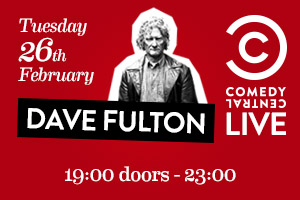 We’re very excited to have added a University of Southampton student and member of ComedySoc to our line-up for this coming Tuesday’s Comedy Central in The Bridge.

Comedy Central is a fortnightly live stand-up event organised in collaboration with the TV channel of the same name, where some of the biggest names on the UK comedy circuit perform.

Xanthippe Waldron, who is a student and an active member of ComedySoc as joined an already exciting line-up that includes US comic Dave Fulton, Romesh Ranganathan and compere for the evening Diane Spencer.

Xanthippe will perform a five minute showcase … Read the rest