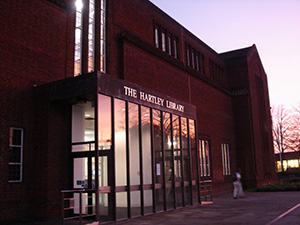 Details regarding the extended opening hours of Hartley Library have been revealed, following the announcement in February that it would be trialling a 24 hour opening period.

Longer opening hours at the library

The university has announced that the Hartley library will begin trialling 24 hour opening hours. The new opening hours come as a result of VP Education David Mendoza-Wolfson’s  hard work with the library’s librarian Jane Savidge and Deputy Librarian, Richard Wake.

The project began with a Library Usage Focus Group, followed by the library’s Library Usage Survey to find out if there was a demand for the extended opening hours.

Once it was made clear students definitely wanted longer hours, the library applied for funding from the Education Enhancement Fund.  These funds were then used to ensure the … Read the rest