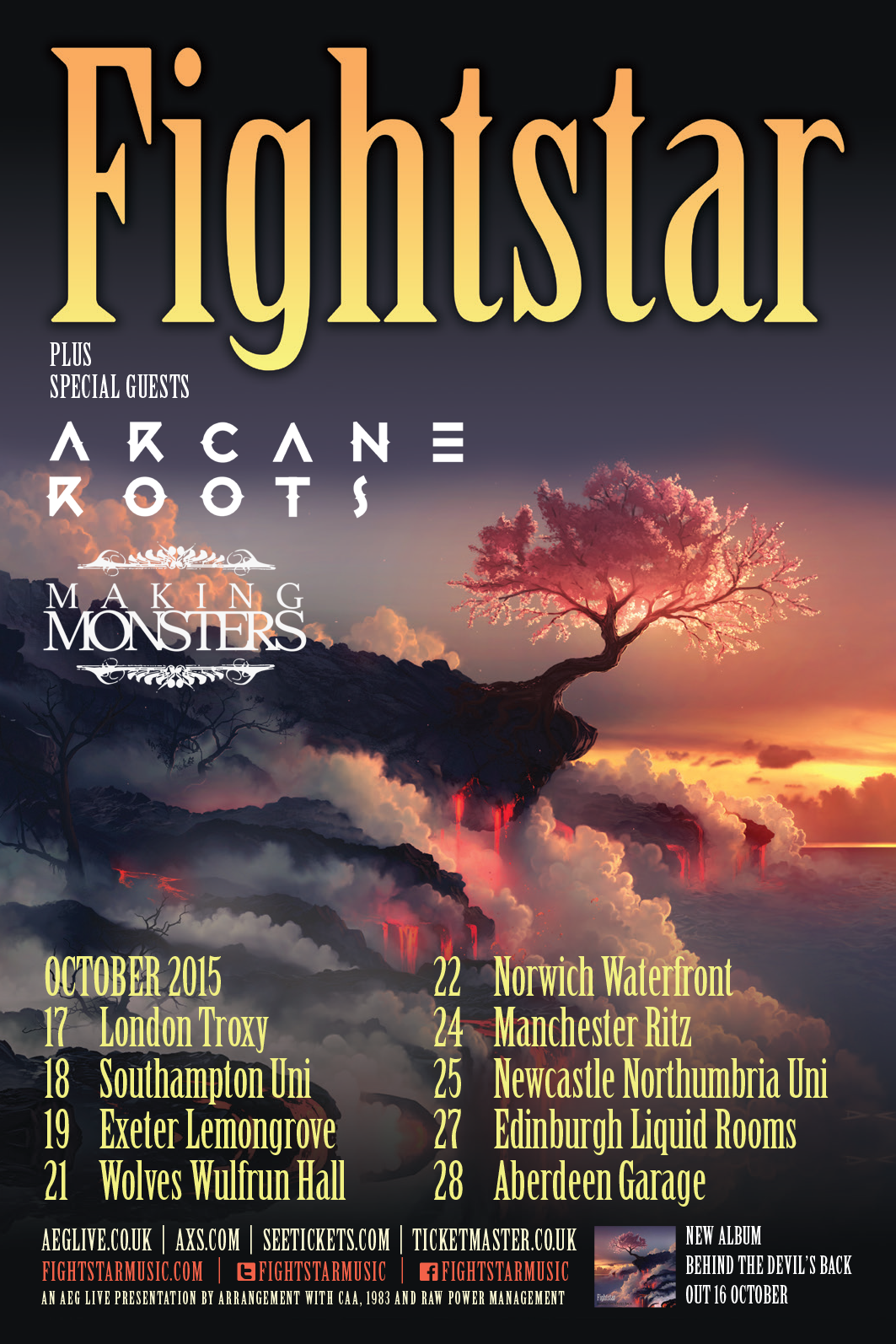 You might have heard earlier in the week our exciting announcement that alternative rockers Fightstar are set to play at the Union. They’ll be playing the Garden Court venue behind the Stag’s on October 18, 2015.

Tickets for the gig have gone on sale today (22.07.2015) and cost £15. You can buy them from boxoffice.susu.org. Tickets for the bands reunion show at The Forum in London sold out in just 15 minutes, so it’s sure to be a popular gig!

Fightstar announced today that their new album, Behind The Devil’s Back, is set for release on October 16th … Read the rest

Fightstar to play at the Union

You might not know this, but as well as a world class University, Southampton is also a great place to catch live music. In the past acts like Professor Green, Palma Violets and We Are Scientists have all played in our Garden Court venue behind the Stag’s, and now we have another exciting announcement: