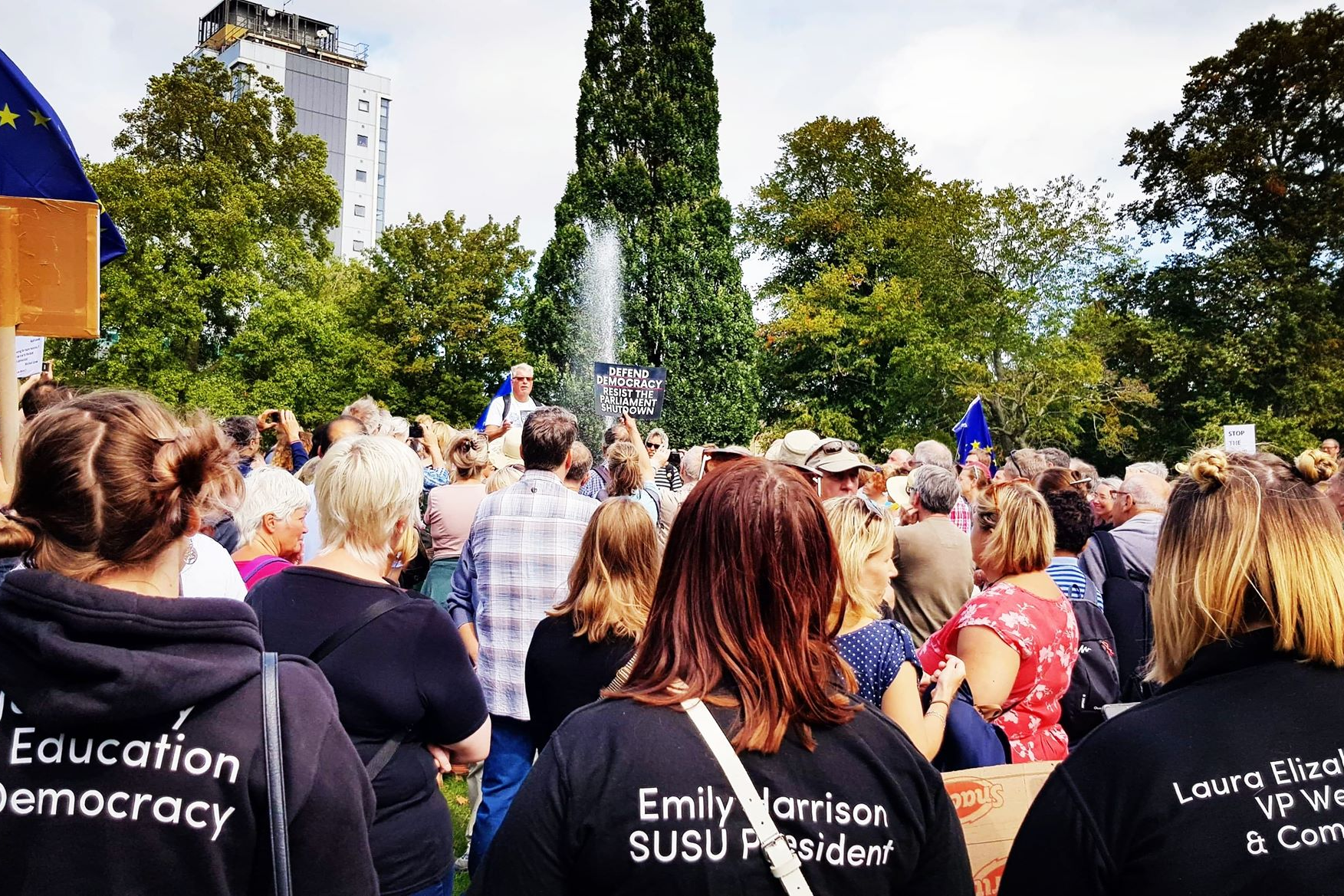 On Saturday, your Sabbatical Officers attended the Southampton protest against the prorogation of parliament, supported by mandate of a previous all student vote.

SUSU attended Saturday’s protest to represent the Students’ Union and all students. … Read the rest