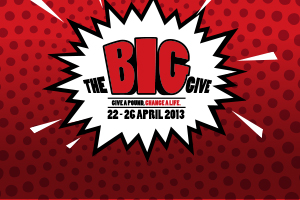 Imagine if the University of Southampton staff and students together could raise £22,000 for charity in one week just by giving or raising £1 each?

This is where The Big Give comes in! Throughout the week beginning 22nd April , the RAG (Raise and Give) team are hosting a whole week of opportunities that enable you to easily Raise or Give your £1 for charity.

All of the money raised during this frenzied week of fundraising will be donated to some very worthwhile causes – Samaritans Southampton, Anthony Nolan Trust and WaterAid, which are our three nominated charities … Read the rest

We have received some fantastic news from the RAG (Raise & Give) team, who have recently sailed past the £10,000 milestone with the money they have raised so far this academic year!

The team started counting at the beginning of the term and the current counted total stands at a huge £10,375.65.

Each year RAG raise money for three nominated charities, with this year’s being Samaritans Southampton, Marrow and Water Aid.

The most successful event for RAG so far was their St Mungo’s Raid in London, and the Boxing Club has raised the most money at £2,792.49.… Read the rest