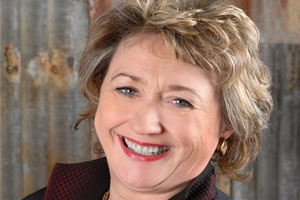 On Thursday 26 February influential alumna Rosemary Squire OBE will be returning to the University of Southampton to give a lecture about succeeding as a woman in the creative industries. Taking place at the Avenue Campus at 6pm the lecture will see Rosemary give an insight on how she became the founder of the largest live theatre business in the world – explaining how she developed a revolutionary way of working, convincing private equity investors that theatre was a prospect with huge potential.